With iPhone excitement beginning to reach fever pitch head of tomorrow’s announcement by Apple, we’re beginning to see all kinds of leaks and web-based mishaps. The latest in a long line is from Vodafone’s German arm, who’s web store now appears to be listing new iPhone models in its compatibility lists. 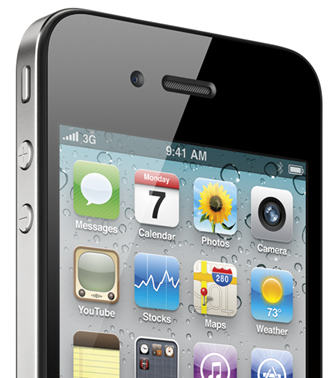 Take the iPhone 4’s bumper as an example. Before, when clicking the list of compatible hardware, the iPhone 4 was listed in its two memory configurations (16GB and 32GB) as well as its two color offerings (black and white.) 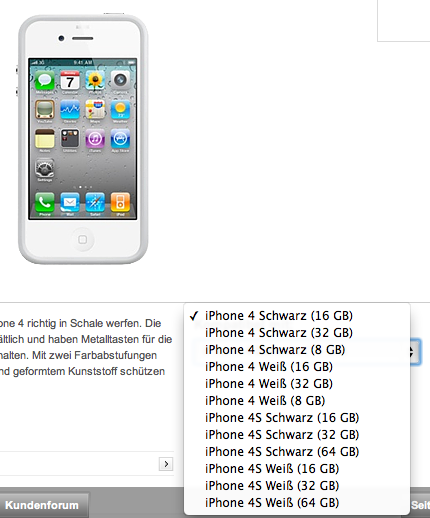 Now, though, clicking that same list reveals a surprise or two, which could give us yet more clues as to what Apple will bestow upon us when Tim Cook and his band of merry men put foot to stage tomorrow.

Alongside the existing iPhone 4 models, the list now features a cheap, 8GB iPhone 4. Rumors of a budget iPhone have been abound for the last few months, with speculation suggesting that the iPhone 4S may be that handset, and the iPhone 5 being the premium offering. That now appears to have been incorrect, and the iPhone 4 will receive a new, low capacity memory capacity. Does that mean that all three models of iPhone 4 will continue to be sold alongside the new iPhone 4S?

That iPhone 4S also makes an appearance in the new listings. Coming in 16GB, 32GB and 64GB guise and in both white and black, the capacities fit nicely with the latest rumors that have been circulating.

Now, while it is entirely possible that these are placeholders for whatever Apple announces tomorrow, it is a little too specific. Many other retailers have been using the iPhone 5 moniker as a way of setting up inventory and web pages in anticipation of the new handset, and with Vodafone seemingly right on the money with the capacities, we suspect they know more than they are letting on.

This also almost-confirms that the next iPhone will indeed feature the same chassis as the current iPhone 4, with existing bumpers fitting with no issue. That may come as a disappointment to many, including the Redmond Pie staff, who had been secretly hoping for something a little more exciting than a speed bump.

Hopefully the excitement will come from some super secret new features Apple has hidden away in iOS 5.

It’s not long until we find out now, regardless.