A screenshot of American telephone company Cincinnati Bell’s website has popped up today which shows two new iPhones – the 4S and 5 – listed, with price. 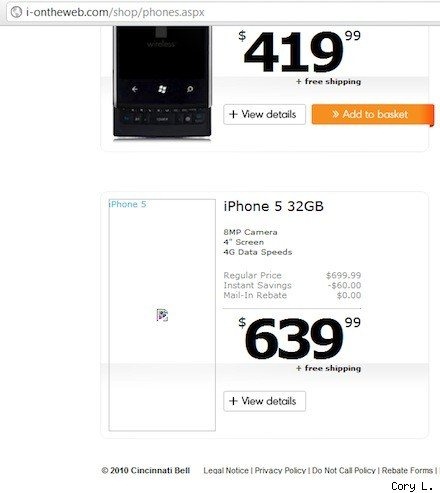 The news comes from The Unofficial Apple Weblog (TUAW) – a blog dedicated to covering Apple – in an article where they talk about a screenshot showing iPhone 4S and 5 listed on Cincinnati Bell’s official website.

The most interesting bit about the images is how these two iPhones have showed up on Cincinnati Bell’s website. Cincinnati Bell is regional carrier in the US, covering states like Ohio, Indiana and Kentucky, unlike major carriers like AT&T and Verizon which offer nationwide coverage.

Also, the page for the iPhones are from CB’s pay-as-you-go (prepaid) program unlike postpaid programs on AT&T/Verizon.

The interesting bits about these two images don’t end here either, as CB’s website shows hardware specifications for the two iPhones, which we’ve talked about after the quote.

TUAW reader Cory L. sent us an image today that he had captured from his web browser while perusing the i-Wireless prepaid cell phone section of the Cincinnati Bell website. The screenshot shows a placeholder for an iPhone 5 with no image and no "Add to basket" purchase button.align with most of the previous rumors that we’ve heard about the device. 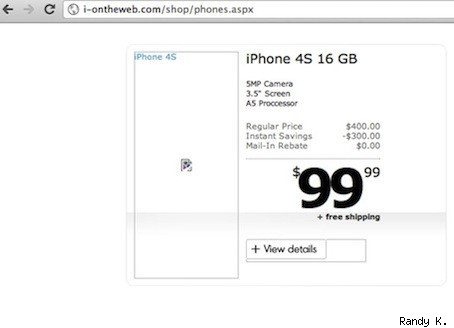 Apple will be holding their iPhone Media Event on October 4th at their own campus in Cupertino. The event will begin at 10 AM Pacific Time and we’ll be covering its proceedings as they happen. Stay tuned! We just might see two new iPhones instead of one!