iPhone 4 Captures Guitar String Oscillations From Inside The Guitar [VIDEO]

The iPhone 4’s 5 mega pixel camera has been a huge hit with wannabe photographers and videographers worldwide. It balances convenience and quality has even managed to outdo some of the very top brands such as Canon and Nikon in terms of popularity on social snap site Flickr. 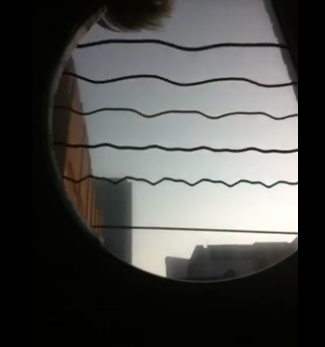 There have been many weird and wonderful pictures and clips circulated around the internet over the last year-and-a-bit from Apple’s latest smartphone installment, and one particular video from a guitarist, (justkylevids on YouTube), undoubtedly belongs nearer the ‘wonderful’ end of the scale. Apparently, he was intrigued to discover what it would be like to be inside of a guitar whilst it was being played (as you do), thus decided to pop is iPhone inside his guitar and film himself playing. Using a pencil to get the iPhone 4 perfectly positioned, he proceeded to pluck at the strings while being filmed from an inside to outside perspective. The resulting video, entitled “Guitar Oscillations Captured with iPhone 4” has already amassed 100,000 views after only 5 days and is quite remarkable, as you can see:

Sure, as anyone with a strong grasp on physics could tell you, this doesn’t accurately represent how guitar strings actually oscillate, but you’ll have to agree, it’s pretty easy on the eye and makes for a mesmerizing video.

The iPhone 4’s rolling shutter has been seen to capture stunning photos as well as videos, such as this one shot by Jason Mullins on a flight from London to Guernsey: 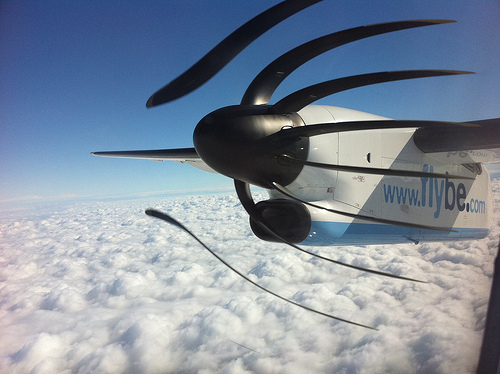 This image is not Photoshopped at all – those odd black lines that appear are distorted, disconnected copies of the propeller’s blades. This occurs because pretty much all digital cameras, including the iPhone 4, do not take the picture instantaneously when you hit the shutter button; rather they scan over the sensor from the top left to the bottom right in what is known as a rolling shutter capture. This process is incredibly fast, but sometimes not fast enough, such is the case with the propeller blades. When the subject being captured is that fast, it does allow us to create some fantastic, albeit distorted effects with our cameras. Though the iPhone 4 might be no DSLR in any case, but its adoption in casual photographers blows the competition out of the water!