iPad vs. Windows 8 Tablet: Microsoft Is Back With Another Anti-Apple Ad [VIDEO]

Microsoft has really been on the offensive over the past few weeks in the tablet world, having taken a series of swipes at Apple’s iPad in an attempt to rejuvenate the Surface’s flagging start in the Cupertino-dominated market. With the company chairman, co-founder and former CEO Bill Gates having already stepped out recently to note of the iPad’s frustrating interface, the Redmond company is currently running an ad campaign in an attempt to point out the exact reasons why consumers should choose Windows 8 tablets over iPad. Just a short while ago, we saw the Windows maker use Apple’s Siri voice recognition software to poke fun at the market leader, and following on from that is another ad showing just how much more productive one can be when using Windows.

One of the points Bill Gates made in his comments about iPad was that, since it didn’t ship with Office, users were missing out on the potential of experiencing optimal productivity. He said that iPad users really wanted Office, the most popular and renowned productivity suite on the market, but since they were using Apple’s slab, they were instead left with a generally frustrating experience. 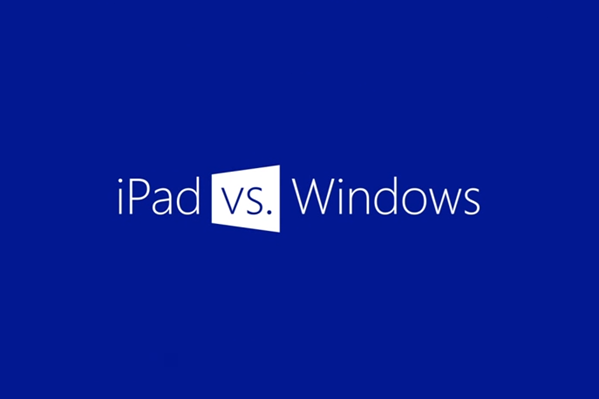 This most recent ad plays on that idea once again, pitting the iPad fourth-gen against the ASUS VivoTab RT. It notes of how the iPad only currently enjoys OneNote, while the VivoTab arrives complete with the full Office experience — ready to fulfill all of your word processing, presentation, and spreadsheet requirements right out of the box thanks to the likes of Word, PowerPoint and Excel. 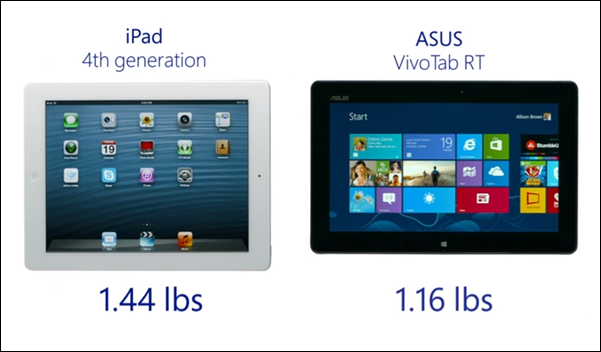 The ad looks at how Windows 8 tablets allow for proper multitasking, which is a clear-cut advantage versus the one-at-a-time effort you get with iOS. Microsoft also sees the built-in SD card adapter as some kind of trump card, but in actual fact, the split-screen multitasking and inclusion of Office from the get-go are two main reasons why most would consider making the jump. 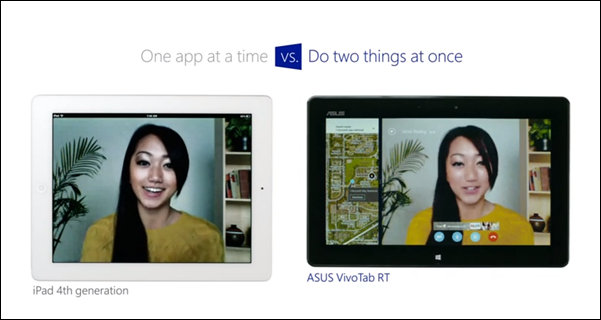 Microsoft does certainly make some valid points here, but as we know, the product with the most features and the best options doesn’t necessarily emerge victorious. Lest we forget, an Apple response to this video would also highlight some glaring limitations of a Windows 8 RT tablet, notably the lack of apps, and while Microsoft seems to think the exclusivity of Office is one app enough to coax millions of users away from the iPad (with its hundreds of thousands of optimized apps), the number of units sold on each respective platform since October sings a different tune.