With the iPad mini now officially available in the first wave of supported territories, it is inevitable that the reviews will start pouring in from every angle as early adopters inspect every nook and cranny of the gorgeous little tablet. One of the most talked about areas of Apple’s new mini creation will undoubtedly be the 7.9-inch display, a screen that already seems to have split opinions right down the middle. In an attempt to add some clarity to the display debate, RepairLabs have put the company’s iPad range under the microscope to compare the received screen quality.

It should be common knowledge by now that the new iPad mini doesn’t ship with one of Apple’s gorgeous Retina displays, but instead, comes with a 7.9-inch screen that borrows the 1024 x 768 resolution that shipped with the original iPad back in 2010. The microscope tests pretty much confirms exactly what any user of the iPad mini should have been able to work out for themselves. The new iPad mini can’t handle a candle to the high-definition Retina display found on the third and fourth-generation iPads, but it does offer significantly better display quality than the original and second-generation tablets. 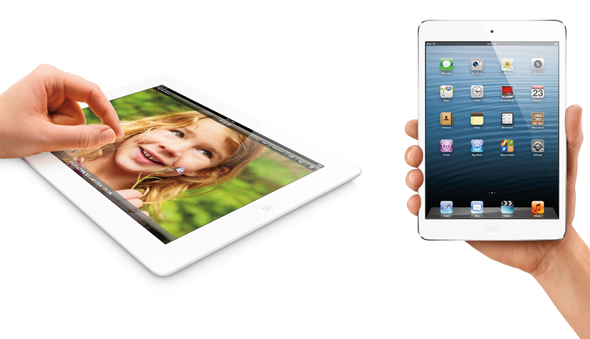 The differences in quality are more than evident when just looking at the two devices side-by-side. The iPad mini appears to be crisper and offers additional clarity over that of the iPad 2, but the microscope testing procedure rubber stamps those visual opinions by showing that each individual pixel on the iPad mini are two-thirds of the size of the ones found on the latest iPad 4. The tests also show that the pixels found on the iPad 2 equate to half the size of those in Apple’s latest 9.7-inch iPad. 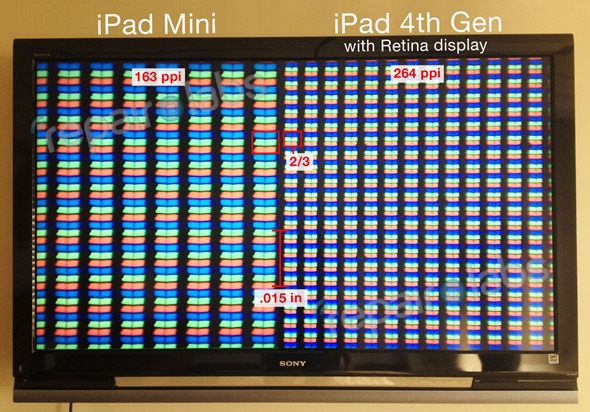 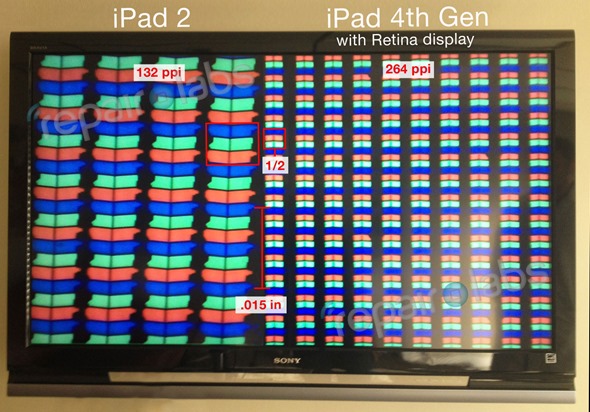 All this talk of pixels and points may be confusing to the average user who just wants to play games and browse the web on the new iPad mini, but when put in its simplest terms; users can expect to get a better viewing experience on the iPad mini than Apple’s second-generation iPad which was launched back in 2011. In a world where most Apple devices are Retina capable, it can be problematic to go back to the iPad 3 after using a new mini tablet, but it is definitely preferable to using one of Apple’s earlier slates.