iPad 3 Production To Begin In October, Without Samsung As Components Supplier?

Over the last few weeks, it has become clear that Apple has already begun working on a new iPad, presumably to succeed the 6-month-old iPad 2. According to a report, the company’s suppliers will begin assembling it in small quantities, presumably for testing purposes: all of them, except Samsung.

Apple, along with most major hardware makers, doesn’t make its own products. Instead, it hires outside suppliers, primarily based in Asia, in order to build all of its hardware, including computers, the iPhone and the iPad. Up until now, the company in charge of building the displays for the latter has been Samsung along with LG Display, yet Samsung has allegedly been ousted as one of Apple’s supplier of multi-touch displays. While there’s no mention of it in this report, it’s also likely that the Cupertino company might be looking into ousting Samsung as the maker of the rumored quad-core A6, which are expected to power the iPad 3. As we reported in July, it’s also possible that Apple might phase out Samsung’s involvement slowly by introducing a secondary supplier for the A6 at first before completely ousting Samsung, mainly due to the amount of intellectual property Samsung hold regarding Apple’s processors. Samsung is currently the only supplier of A4 and A5 processors, which can be found on the iPhone 4 and iPad 2 respectively.

Indeed, Samsung seems to have been completely left out of all contracts for making the next iPad, which leads us to assume that it won’t take part in the manufacturing of future Apple products. This is not surprising, given the fierce legal fights both companies have been in over the last recent months, all over alleged intellectual property theft in Samsung’s Galaxy product line, including the Galaxy Tab, which competes directly with the iPad. It’s understandable that Apple might not want to spend money on one of its main competitors, especially not while it’s suing it for patent infringement. 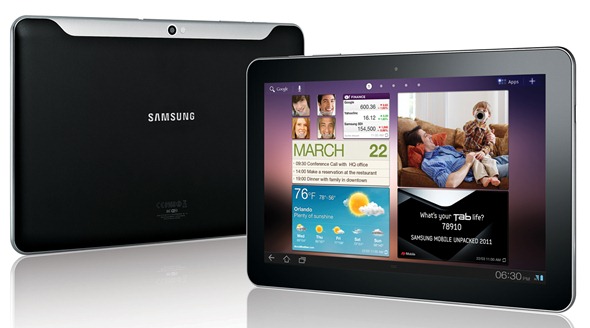 The iPad 3 will allegedly be produced in small quantities beginning in October, presumably for testing purposes. If Apple uses the same release cycle as it did with the iPad and the iPad 2, then the iPad 3 may finally be unveiled to customers in the first quarter of next year. While not much is known about this device, it’s expected to include a higher-resolution screen and enhanced internal hardware.