We are T-minus two days until the media circus descends on the Yerba Buena Center for the Arts in San Francisco and the world is introduced to the next-generation iPad, as well as a revamped Apple TV set top box if the speculation turns out to be correct. With the new tablet device rumored to have a Retina-quality display, as well as an upgraded processor and possibly new camera units, the hype for the product launch is at an all time high and will result in record breaking iPad sales when it is eventually launched to the public.

The guys over at PhoneArena are reporting that they have been given a tip off from an anonymous source claiming that Best Buy retail stores have started to receive shipments of products which are believed to be cases designed for the iPad 3 tablet. We aren’t just talking about a handful of cases here either, the report is stating that "over 1000 Targus Versavu 360 stands for the next-gen iPad are shipping to Best Buy, meaning that it won’t be long until the actual tablet hits shelves".

The cases are reportedly being shipped in a sealed box, adorned with a large pink sticker stating that "do not display until official iPad 3 launch". One would have thought a more discreet notice would allow a little bit more secrecy to accompany the deliveries, if this report is to be trusted. Over the last few weeks we have been treated to a number of component leaks from Apple’s manufacturing teams, which suggest that the next-generation iPad unit will comprise pretty much the same design as the iPad 2, meaning that production of cases and accessories will not be a huge task for third-party suppliers.

The fact that Best Buy appear to be stock piling the Targus Versavu case shouldn’t really come as a huge surprise. We have seen this with previous product launches where manufacturers of third-party accessories, specifically cases, are prepared to take a punt on the specifications and appearance of the device in order to get their case into the market first.

Considering how competitive the market is, it could prove to be an exceptionally lucrative move for a manufacturer to produce a case based on a rumored design in order to get it onto shelves for the product launch. The guys over at CultOfMac have posted an image of the Targus case in question, mirroring the sentiments that this could just be a case of a company hedging their bets. 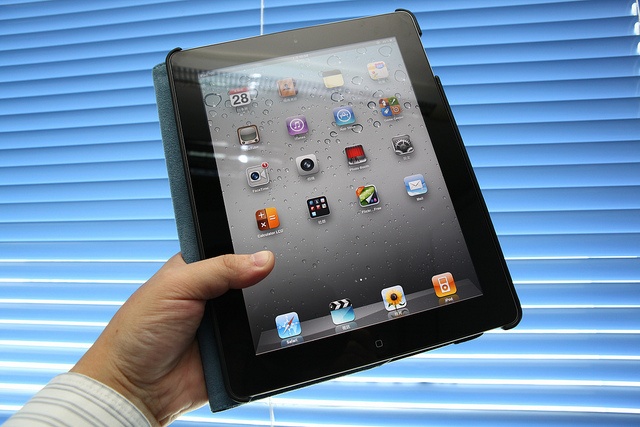 We were also treated to a leaked image last week, which shows Best Buy’s inventory system containing "iPad 3" accessories, which show as planned to be in stock by March 11th which is four days after the Apple event. Maybe they know something we don’t, only time will tell. 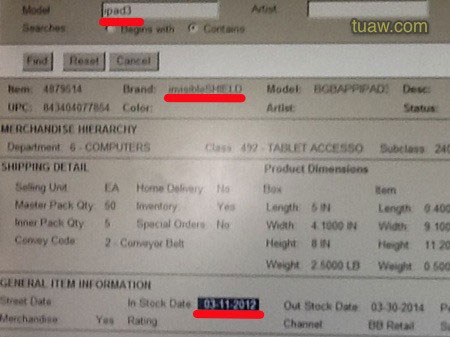