With the much-anticipated iPad 3 set to make its debut in only three days — March 7th, at a special media event in San Francisco — the rumor mill is working overtime. One of the latest, seemingly credible rumors to crop up is one that reveals a good deal of information about the device if it is true; tech blog M.I.C. Gadget claims to have gotten their hands on the front glass, rear shell, and case of the iPad 3, on top of some other nuggets of information from their sources.

First and foremost, they noted that the front panel of the iPad 3 that they have does possess a home button. When Apple sent out invites to the press event in San Francisco, there was a huge outpouring of speculation as, people believed that the iPad 3 didn’t have a home button due to how it was photographed. Whether or not M.I.C. Gadget’s information is accurate, however, I think it’s fair to say that the iPad photographed in the invitation was just in the landscape orientation. 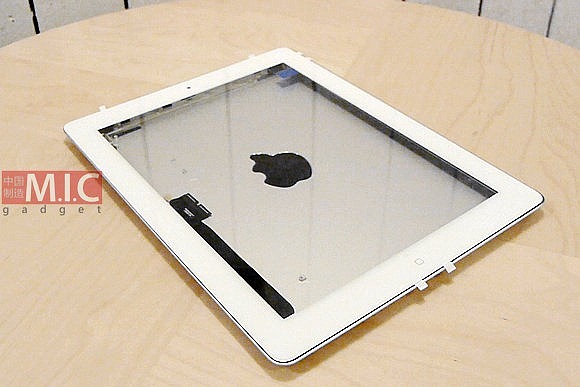 As far as aesthetics are concerned, it would appear that the iPad 3 is slightly thicker than the the iPad 2; to help alleviate this, the edges are more tapered than they are on the iPad 2. This should make the device feel thinner when held. And, while iPad 2 cases can barely fit the iPad 3, current-generation smart covers seem to work just fine. They have a fairly extensive photo gallery on their blog in addition to the hands-on video, in which they compare the alleged iPad 3 hardware with that of the iPad 2.

Finally, let’s go over the nuggets of information that they received from their sources:

As with all rumors, remember to take this with a grain of salt. Besides, we are only days away from the official unveiling of the device; we’ll know the facts about the device very soon!