‘iPad 2 Plus’ Due Later This Year, iPad 3 Next Year, Analyst Claims

According to Craig Berger, an FBR Capital Markets analyst, the successor the iPad 2 won’t be an iPad 3. Instead, it will allegedly be a higher-end iPad 2, dubbed the “iPad 2 Plus”, planned for later this year, according to Berger. Is Apple changing its iPad release cycle? 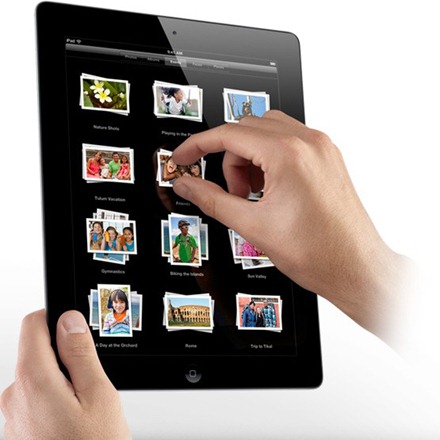 Berger has cited reports from the supply chain, alleging that Apple has begun ordering parts for a future iPad:

There are some indications from the supply chain that Apple may look to introduce an ‘iPad 2 Plus’ device as they put out request for quotes from various component suppliers for this marginally different device,

While Craig Berger’s report doesn’t reveal many details about what the future iPad will look like, a higher-resolution display, allegedly at 250 to 300 pixels per inch, is expected to be included, as opposed to the current 132 pixels per inch. A higher resolution would allow images and text to look a lot crisper and natural, much like words printed on paper. The iPhone 4 had a similar increase in resolution to 326 ppi.

The analyst acknowledged that the information he has obtained isn’t enough to set a conclusion on whether we’ll see a higher-end iPad 2 this year, since sources are obviously scarce:

While we find this new commentary interesting, we await more confirming data points from other supply chain contacts before fully believing a new iPad device is coming in 2011,

Berger has also released interesting details about iPad 2 production over the last few months. According to the analyst, 10.8 million iPad 2’s are scheduled to be made this month, up from a mere 8.5 million last month. In all, Apple is projecting that it will sell 16.5 million units in the next quarter, up from 10 million units in the second quarter. Berger has made it clear, however, that Apple might change its predictions at anytime depending on market figures:

Given the volatility seen in iPad build data of late, we will continue to monitor field checks for any positive or negative revisions,

Analysts often aren’t the most accurate at projecting future product releases, since they rely mostly on (often inaccurate) information that’s already available. Yet, Apple might be looking into boosting its iPad sales in the holiday season by  selling a higher-end iPad 2 with several more goodies. Production of the current iPad 2 isn’t waning, therefore the “iPad 2 Plus” would likely be a higher-end model of the current iPad 2 , not its replacement.