The benefits of this port aren’t immediately known to the majority of iOS users, but it does represent a significant technical achievement. The “proof” of port images have been provided courtesy of Troughton-Smith and show the core port of iOS successfully booting and running on a Nokia N900 smartphone from 2009. That particular hardware was originally shipped by the Finnish company running the Maemo 5 operating system. In addition to the N900 success, the developer has also stated that his port will successfully boot on various other hardware pieces. 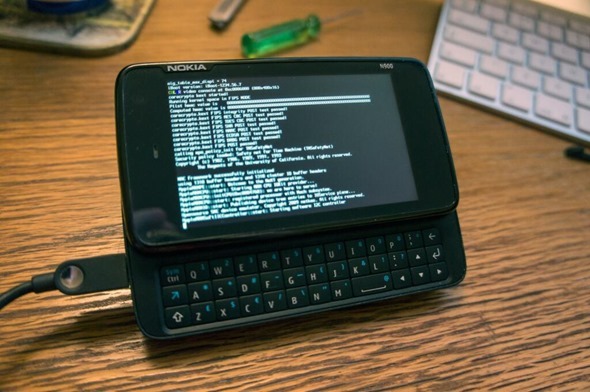 It is extremely exciting news to know that this port is possible and effectively opens the door for others to look at the open-source implementation and build on it where necessary. In its current form however, it does appear to be for the purists and those who are extremely technically biased. There is currently no GUI support for this implementation – nor is there any planned in the immediate future – with the focus being on getting the XNU Kernel to boot on hardware other than the official Apple supplied kit.

As previously mentioned, the port will also play nicely with hardware other than the Nokia N900. For those interested, Winocm has detailed a number of hardware setups that are capable of booting his work, including the Texas Instruments AM335x (BeagleBone/BeagleBone Black) (OMAP335X) and ARM RealView Platform Baseboard for Cortex-A8 (ARMPBA8). The XNU Kernel is essentially the “core” of iOS (and OS X for that matter) and was built by Apple over a decade ago to form the foundations of their two operating systems. 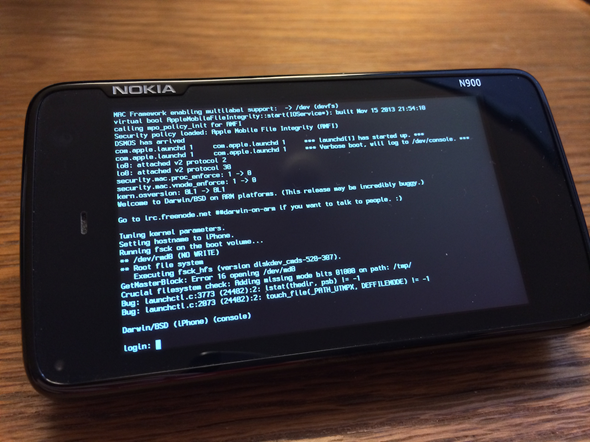 At the time of writing, there wasn’t any great details on the future of this particular project. All of the work has been open-sourced and added to a repository on GitHub, meaning that developers all over the world can contribute their own offerings to the project going forward.