Apple released iOS 9.3.4 earlier this month to patch the Pangu jailbreak exploit for iOS 9.2-9.3.3. While the iOS 9.3.4 firmware update was made available quickly, Apple kept signing the older iOS 9.3.3 and 9.3.2 firmwares for weeks, allowing users to downgrade and jailbreak at will. 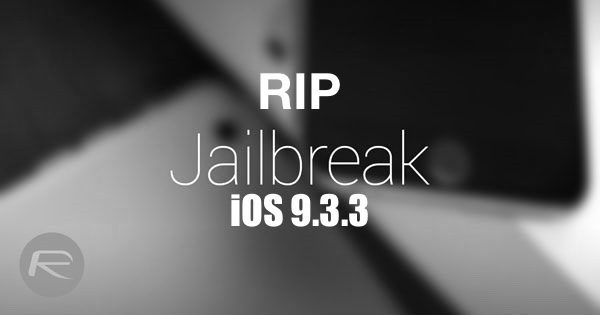 But with signing window for iOS 9.3.3 and 9.3.2 now closed, there is no way to downgrade from iOS 9.3.4 to older firmwares. Also, since there’s currently no public jailbreak tool available for iOS 9.3.4, those on the latest firmware now have no option to jailbreak.

With final release of iOS 10 just around the corner, it’s unlikely for any team to release a jailbreak now for iOS 9.3.4, especially if that exploit can be used to jailbreak iOS 10. It’s likely that the next public jailbreak will only come once iOS 10 is released to everyone.