Apple recently released iOS 9.3.1 after having released iOS 9.3 just last week. The company has had a bad few days as far as updates are concerned thanks to some iPhones and iPads refusing to activate when iOS 9.3 was pushed out to users following the iPhone SE and iPad Pro announcements, causing Apple to re-release the software soon after, with a new build number. Shortly after that, a bug was found that caused Safari to refuse to open links, which Apple later confirmed. Cue iOS 9.3.1.

Given the big reason for iOS 9.3.1’s release, it’s a fairly safe assumption to believe that performance improvements were not even on Apple’s list of objectives for the release, let alone being towards the top of it. That’s OK, of course, but some people can’t just accept things. Some people need to prove it for themselves. 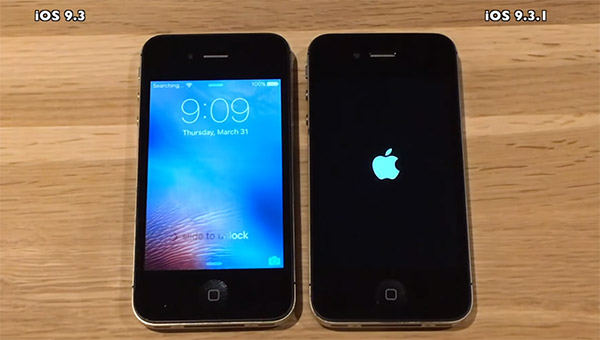 We’ve shared some videos in the past, all of which involve taking iPhones ranging from the iPhone 4s all the way up to the iPhone 6 and then comparing how well they perform on the latest version of Apple’s mobile operating system to be released. With iOS 9.3.1 still warm, can you guess what iAppleBytes has been doing?

The end result of that question is four YouTube videos that, as you might expect, see iOS 9.3.1 put through some admittedly un-scientific paces in order to answer the question once and for all – is iOS 9.3.1 any quicker than its predecessor, iOS 9.3?

We don’t want to spoil anything for you, so check the videos out for yourselves. What we will say, though, is that we’re happy for Apple to just fix bugs in iOS releases rather than try to tweak everything to within an inch of its life.