Apple is flying through iOS 9 releases like there is no tomorrow. We’re already up to version 9.1 only a couple of months after iOS 9 launched, and iOS 9.2 is in beta testing for both developers and Apple’s relatively new public beta program. Both versions of the beta are the same, with iOS 9.2 beta 2 currently in testing.

Even though this is a beta release, there are people who find themselves wondering just what the latest build brings to the table, and if this release’s initial impressions are anything to go by, there isn’t a lot that’s new. With features not changing, or at least not enough for anyone to notice, attention turns to performance. Is iOS 9.2 shaping up to be like greased lightning when compared to other versions of Apple’s mobile operating system? 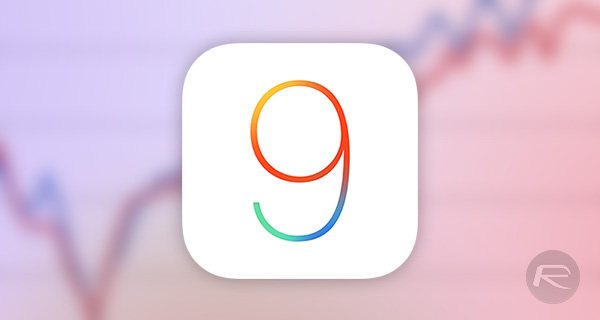 Well, yes it is, especially on older devices.

In a series of YouTube posts, iAppleBytes has tested iOS 9.2 in its current beta form against the latest shipping version, iOS 9.1. In tests on older hardware such as the iPhone 4s and iPhone 5, the difference in speed between the two releases is noticeable, with iOS 9.2 proving quite a bit quicker than iOS 9.1. That difference in speed starts to reduce with newer iPhones, though, with even the iPhone 5s proving to narrow the margin. We would imagine that iPhone 6 and iPhone 6s users wouldn’t notice much of a difference, if at all. 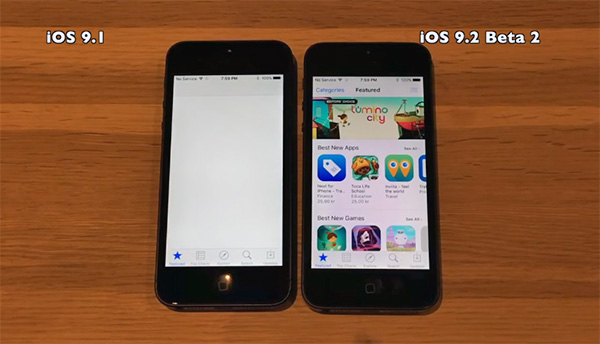 Apple’s quest to improve performance on older devices should not be overlooked, especially with ageing Android devices rarely getting the latest software at all. If you are still carrying one of Apple’s older smartphones, then iOS 9.2 could be good for you, and it shouldn’t be too far off an official release either. Additionally, iOS 9.2 is the software set to run on the iPad Pro, which itself is penciled in for a shipping date towards the end of this month.