Apple’s fourth generation Apple TV is now on sale, and while Apple didn’t exactly make a song and dance out of the product’s release, that doesn’t mean people aren’t keen to see what the little black puck is capable of. With a whole new App Store and more processing power under the hood, all eyes are on the new Apple TV.

If there’s one thing that the newly updated Apple TV is missing, though, it’s a web browser. The new Apple TV doesn’t ship with a version of Safari built in and Apple hasn’t made it possible for third-party developers to make their own, at least not officially. 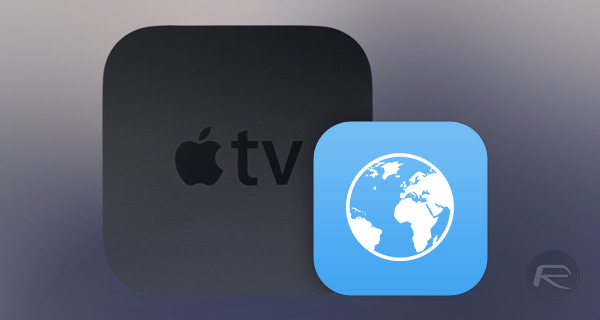 Dutch developer jvanakker has thumbed his nose at Apple by making his very own tvOS web browser, bringing the web to the big screen via Apple TV. It’s not the first time a piece of hardware has made it possible to browse the web on the TV, but this is a first for the Apple TV, so is notable nonetheless.

In order to make this work, jvanakker has forked developer Steven Troughton-Smith’s tvOSBrowser project, creating the UIWebView-based browser using Apple’s own private Safari APIs. The use of that API is what will ensure this never sees the light of day on the App Store though, at least not unless Apple makes that particular API less private, and much more public in the future. Apple has a history for opening private APIs on iOS, so never say never.

Whether you really want to use an Apple TV web browser on your TV is another matter entirely. This offering uses the Siri Remote’s touch pad to scroll around, while pressing it down will make a cursor appear on-screen for clicking things. The Menu button takes users back a page, and the Play/Pause button allows the entry of URLs. It’s usable, from what we’ve seen, but we wouldn’t want to use it full time.

Does that make it any less cool? No. No it does not!