Apple finally released iOS 7.1 yesterday, bringing some big improvements to Siri and iTunes Radio while also introducing CarPlay – the company’s in-car flavor of iOS. But for some iOS 7 users, such as those on the antiquated iPhone 4, the update brought forth some significant speed improvements, reinstating some of the snappiness lost following the iOS 7.0 release back in September.

Thanks to the old, slow A4 processor, those on the iPhone 4 lost significant amounts of speed and snappiness when updating to iOS 7 from iOS 6. You might presume, with good reason, that a new software release should always make things faster, but while this is true for newer devices, the likes of the iPhone 4 have been less able to cope with the advanced features and animations, making everything seem more sluggish. 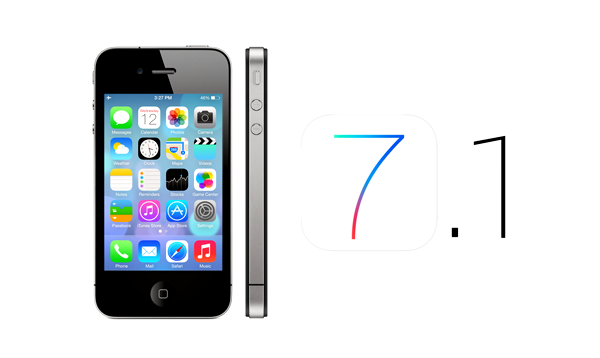 When we talk about just how much the iPhone 4 suffered at the hands of iOS 7, we’re not talking about the odd few milliseconds. On iOS 6.1.3, the iPhone 4 could load up the mobile Safari browser in 1.13 seconds, but by the time iOS 7.0 came around, it was taking 2.03 seconds – almost doubling the time. One extra second, in smartphone terms, is a lifetime, so you can imagine how bad it has been for iPhone 4 users, particularly given that cold booting times increased from 31 seconds towards the tail end of iOS 6 to a whopping 45 seconds on iOS 7.0.

But while iOS 7.1 hasn’t been completely remedial in that none of the app-launching or boot-up response times are back to what they were with iOS 6.1.3 – with the exception of Messages – things have still noticeably improved. In tests performed by Ars Technica, the likes of the Settings app, which jumped from 1.31 seconds on iOS 6.1.3 to 1.88 seconds on iOS 7, is now back down to a more respectable 1.37 on iOS 7, and at 1.5 seconds, the Messages app is actually slightly snappier than it ever was back on iOS 6.

As well as seeing to app-launching, iOS 7.1 is said to improve upon issues related to "UI jerkiness," according to the report, and on the whole, iOS 7.1 is a great deal smoother for iPhone 4 users than iOS 7.0 was.

So, if you’re rocking an iPhone 4 and are finding iOS 7 to be rather unresponsive, you’ll definitely want to be picking iOS 7.1 – details of which can be found below at the foot of this post.