The final version of iOS 7.1 download links have just been released by Apple for those on iPhone, iPad and iPod touch. As well as bringing support for the Cupertino company’s recently-unveiled CarPlay feature, iOS 7.1 brings a host of smaller enhancements, as well as the usual supply of bug fixes and general performance enhancements. Full details and download information, as well as the full change log, can be found after the break.

It has been reckoned by numerous, notably-reliable sources that iOS 7.1 will be making its grand entrance around the middle of March, and if anything, today’s release has hit the scene a little earlier than we’d projected. After five pre-GM beta builds, which gave us frequent insight into CarPlay before Apple finally officially showcased it at the recent Geneva Motor Show, iOS 7.1 is now ready for prime time, and if you’re in ownership of an iOS 7-ready device, then you can get involved with the very latest build of Apple’s mobile firmware. 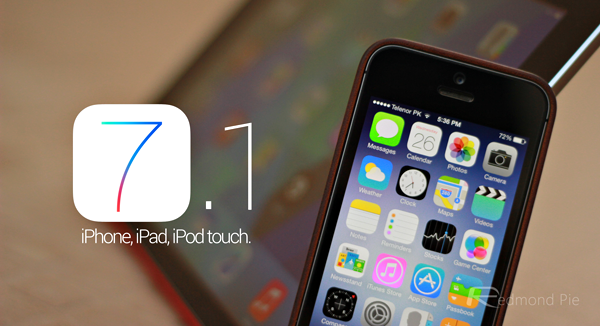 As expected, there are no hidden surprises packed into iOS 7, but rather a refined version of the previous beta released to developers towards the end of February,. Still, with some aesthetic tweaks, CarPlay, and the customary dose of bug fixes, iOS 7.1 is definitely worth picking up, although if you’re a jailbreaker, we would encourage you to hold off for as Evasi0n7 is completely patched in iOS 7.1.

Since the new release is hot off the press, we haven’t had a proper chance to sit down and look at it, but we’ll be following this post up with an in-depth features article in very near future, so stay tuned for that. 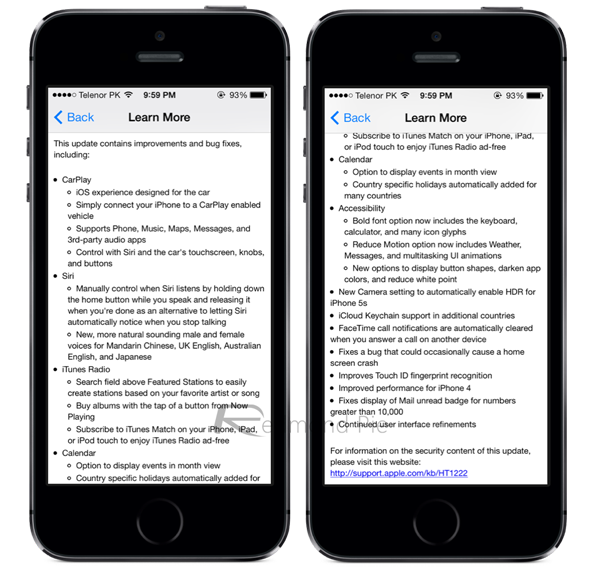 On very first impressions, though, iOS 7.1 everything seemed nice and stable, with the kind of fluidity we’ve come to expect from Apple over the past few years.

Below, you can find links to the iOS 7.1 build specific to your particular device, so download it, fire up iTunes, and get updating.

Once again, though, if you wish to preserve a jailbreak, please do hold off this update as there is currently no jailbreak available for this firmware version. 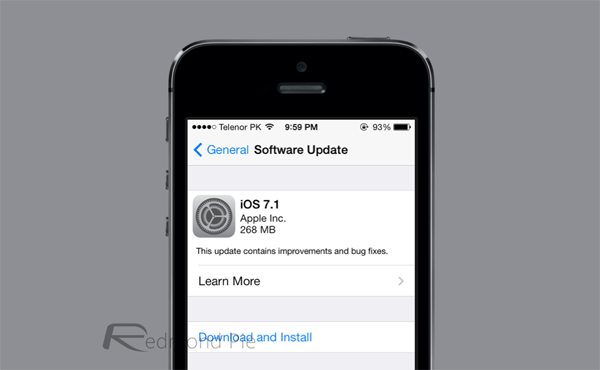 If you do notice any neat new features, or indeed any bugs / issues when using iOS 7.1, be sure to make note of them in the comments section below!