The behavior of iOS 7 beta after a screenshot is taken differs significantly from what we’ve seen hitherto, with active screen touches “no longer canceled when the user takes a screenshot.” This, for services like the popular Snapchat, means that the in-built screenshot detection is essentially nullified, and with this being an integral part of that and the likes of Facebook Poke, the security offered by said applications is under serious threat.

It’s fair to say that the iOS 7 beta 1 probably wasn’t quite ready for dev consumption, and certainly hadn’t been primed and prepped enough for the thousands of end users that decided to give it a whirl based upon the hype. But yesterday’s second effort seems to have brought a much more usable experience, and with iPad support to boot, the consensus suggests Apple has been hard at work over the past fortnight. 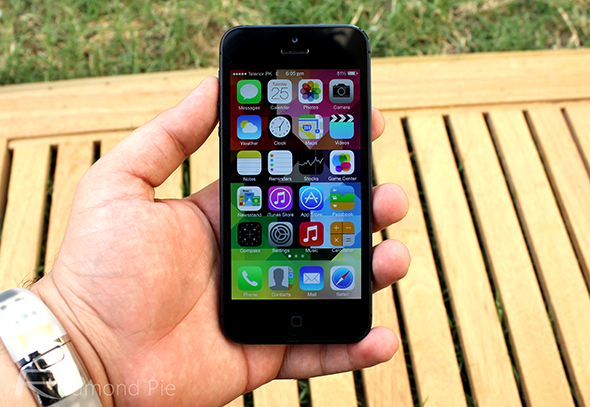 As well as the reintroduction of the Voice Memos app, which was conspicuous by its absence in iOS beta 1, it also looks as though the screenshot functionality has been altered somewhat. From what has been reported, it seems as though this feature has indeed been knocking about since the first beta, and would certainly give the makers of apps like Snapchat a bit of a headache.

One of the primary appeals of Snapchat is that it allows users to share images whilst also protecting their privacy. When an image is sent, it has a finite lifespan of between 1 and 10 seconds before it cannot be viewed anymore, and is subsequently deleted. The format is far from perfect, for there’s nothing stopping folks grabbing another camera and taking a shot, but barring what would seem a rather over-the-top way of capping said images, it’s certainly more secure than most other services out there.

Snapchat caught some flak in its early days for security lapses allowing users to essentially hack the app and recover images, but until this new screenshotting system was implemented by Apple, had been seen as the de facto service for those looking to share images securely. Now, however, the makers of the app, as well as the user base, may have to rethink this.

The GM of iOS 7 won’t hit until the fall, so this would give the makers of Snapchat and creators of similar apps a substantial amount of time to try another way of detecting screenshots taken. In the meantime, proceed with caution, for iOS 7 provides a loophole to which currently, there is no antidote.