According to new figures released by an iOS app developer, iOS 5.1 has seen huge growth amongst owners of iPhones, iPads and iPod touches, bringing a large percentage of devices up to the latest version of iOS within just two weeks.

Apple always prides itself in the speed at which its new software updates find their way onto the devices of iPhone and iPad owners across the globe. Getting users to upgrade to the latest and greatest versions of iOS is something that is not only important for Apple itself, but for the thousands of app developers that rely on users migrating to versions of iOS with new APIs and features built in, too. 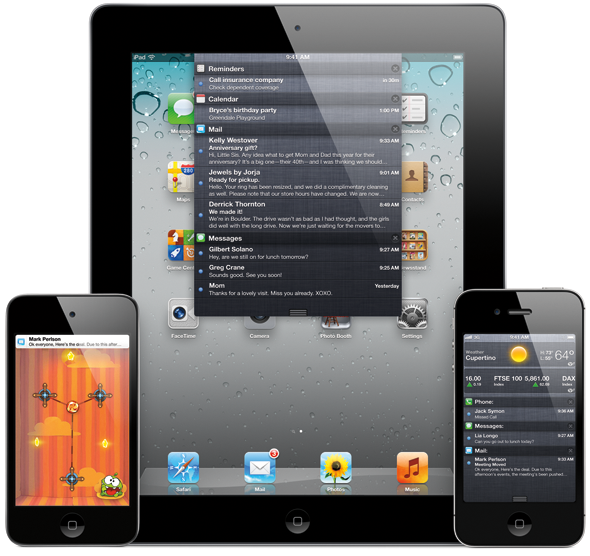 The latest version of iOS is version number 5.1, with bug fixes and security updates being the order of the day. With no major updates arriving this time around, it is perhaps surprising that iOS 5.1 has seen such stellar uptake amongst iOS device owners.

Developer David Smith has been tracking the versions of iOS that users of his Audiobooks app are running on their devices, and he speculated that the new over-the-air update system may cause an increase in update over previous releases which required devices to be plugged into iTunes for updates. 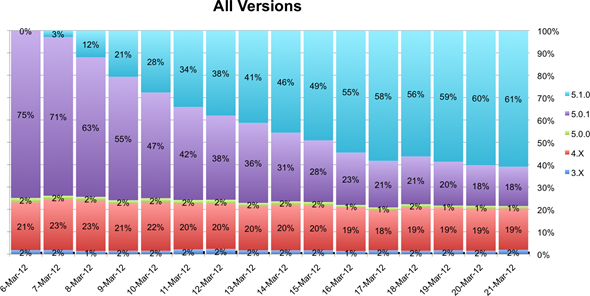 Released on March 7th, iOS 5.1 has seen phenomenal update figures, with 50% of those eligible to use the OTA update system having already taken the plunge. After just over two weeks, that number had risen to an impressive 77%.

It had long been suspected that those users who are still stuck on old releases of iOS had been reluctant to update because either they didn’t want to plug their cherished iOS device with iTunes, or they simply didn’t know an update was available. With the new over-the-air updates prompting users to update when new versions are made available, those who do not keep up to date with the technology scene will be pushed to update whereas before they may never have known they could. 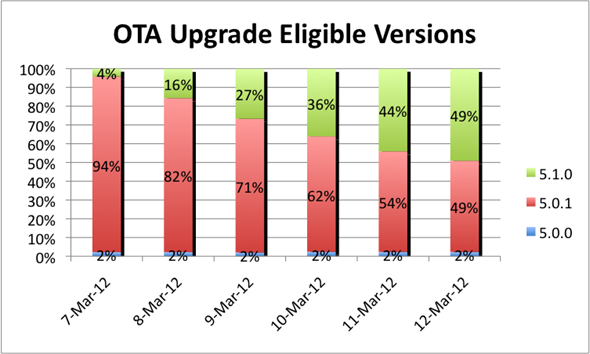 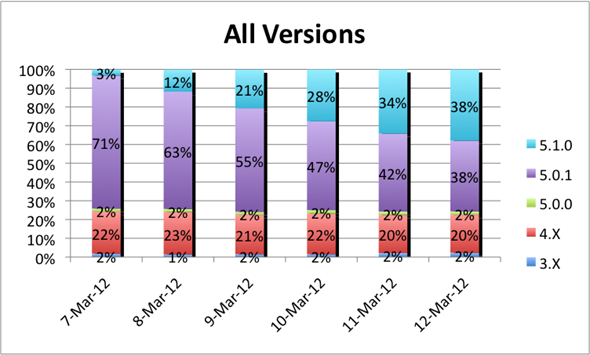 Over-the-air updates were added to iOS in version 5.0, and have been used for both the iOS 5.0.1 and 5.1 updates since. Allowing users to update their devices without the need for a cable or a computer, OTA updates make updating our iOS devices easier than ever.