Battery tests are something that YouTuber iAppleBytes has made a name for himself doing, but as he points out, there’s one thing that always comes up in the comments of all of his videos. That’s the claim that older versions of iOS were kinder to batteries, with iPhones lasting longer on a single charge. Is that really true?

That’s the question he set about trying to answer, and in order to make sure that the tests were as fair as possible, he replaced the batteries in four different iPhone 6s handsets, removing the battery health as a variable. 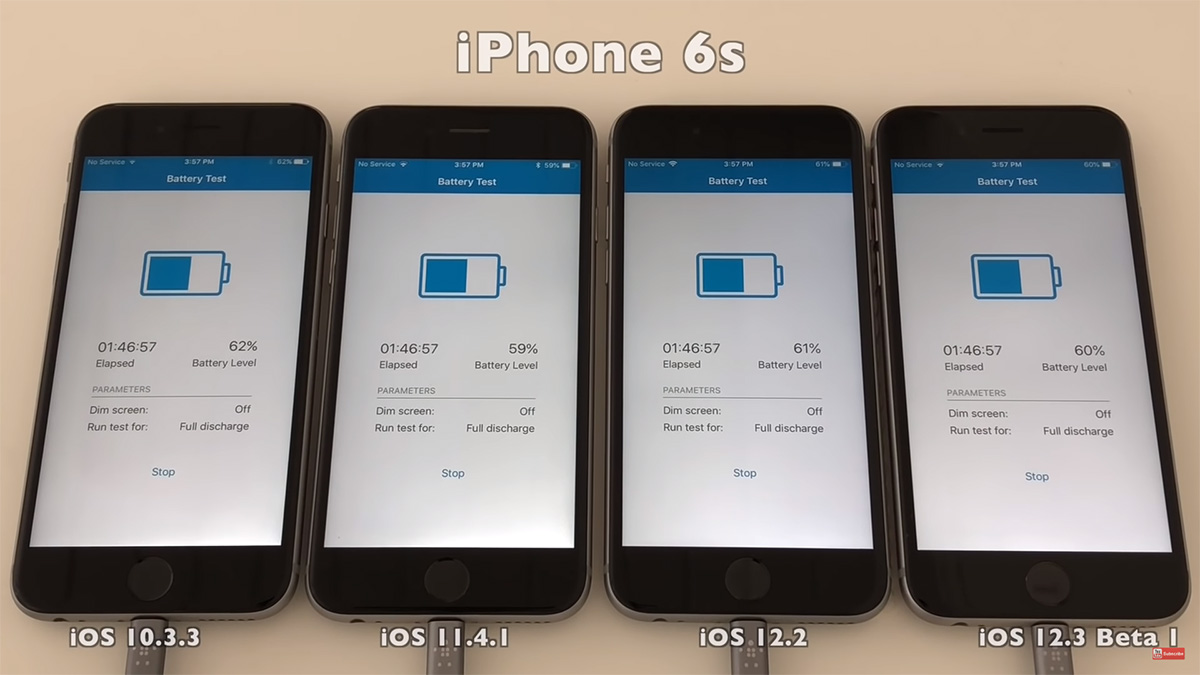 Since I started doing the battery tests a lot of the comments revolves around how earlier versions of iOS had longer battery life. It has been hard for me to test that since the batteries in my phones had different wear, and it was not fair to put them up against each other in a test. But I have now recently had all batteries in my 6S devices replaced with brand new batteries with 0 cycles. so they are top tuned, and made them perfect candidates for a cross iOS version battery test.

Those iPhones were then put through a series of tests with different versions of iOS installed – iOS 10.3.3, iOS 11.4.1, iOS 12.2, and iOS 12.3 beta 1. How would the results pan out? Were older versions of iOS really kinder to batteries?

You can check the full video out for the lowdown, but the short version is that iOS 10.3.3 did indeed perform noticeably better when it came to eking out battery life from an iPhone 6s.

The reasons for the outcome could be many, not least the fact that iOS 10.3.3 is simply not doing as much on-device as newer releases are. Regardless of the reasons, though, the fact does remain that at least one older version of iOS does last longer on a single charge than newer releases.

So there you go. You weren’t imagining it after all.