Apple has really stepped up its iOS 12 beta release game after launching another update, version 7, which comes just week after iOS 12 beta 6.

That itself came just a week after beta 5, showing that Apple continues to be focused on getting the best iOS 12 out the door that it can. That’s unfortunately lead to some things being removed, particularly 32-person support for FaceTime calls, but there’s more to this new update than that. 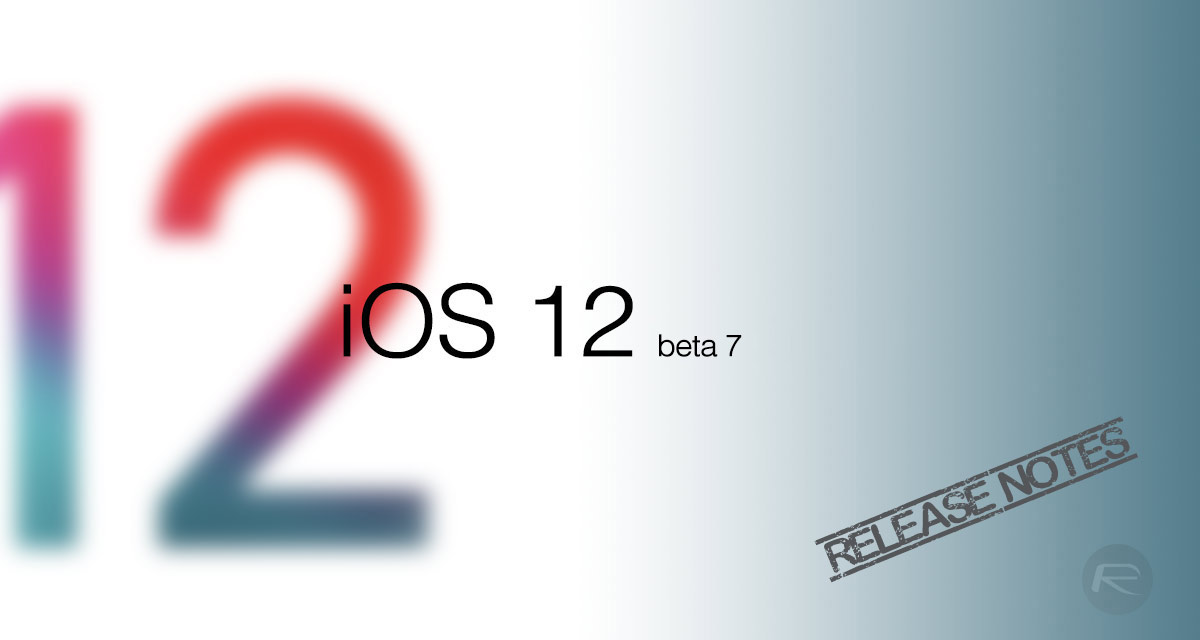 The current iOS 12 beta 7 release is available to developers only, with a public beta update likely to arrive in the next day or two. For now it’s left to developers to make sure that nothing is hugely amiss before that release happens, and the published release notes should give us an inkling as to where we stand with this particular update.

Thumbing through the release notes one thing is clear. This release, iOS 12 beta 7, certainly feels like it has more known issues than previous updates. That could be seen as a good sign, one that means Apple is aware of issues and is working towards them, or it could mean that there is still a ways to go before iOS 12 is ready for prime time. With that set to happen in a matter of weeks time is most certainly running out and we expect the weekly update cycle to continue, at least for now.

Apple’s iOS 12 update will bring with it a number of improvements when compared with iOS 11. Chief among them for many users will be a revamped notification system as well as a new digital wellbeing feature called “Screen Time.”

This will give users a better understanding of how they are using their devices and, importantly, how much. Google and Facebook are also making moves to add similar features to their products as companies become aware that users may be on the verge of addiction to their smartphones

The complete changeling for iOS 12 beta 7 can be found below.