Another week, another slew of Apple operating system beta releases for developers to sink their teeth into ahead of what will surely be an official, public release during the month of September.

Apple has been rattling through beta updates for iOS, macOS, watchOS and tvOS for a number of weeks now and it shows absolutely no sign of letting up, squashing bugs and tweaking features as it goes. 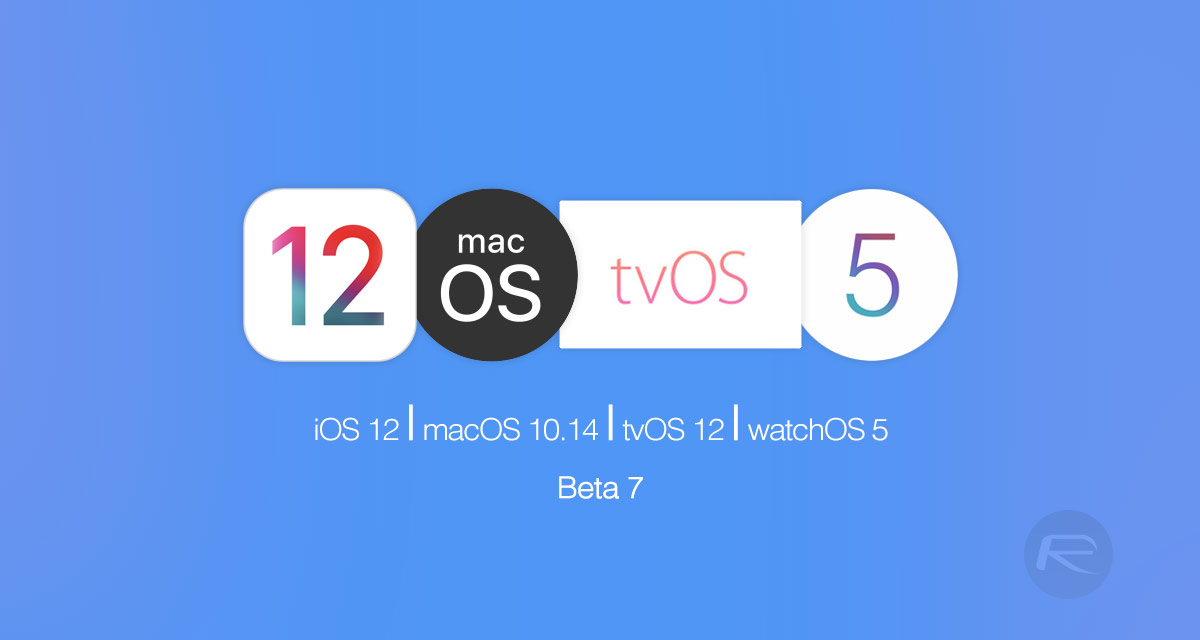 Today sees the seventh beta iteration of iOS, macOS, watchOS and tvOS go live for those enrolled with the Apple Developer Program, allowing developers to test their software against the most recent versions of Apple’s software. This is imperative given the possibility that APIs and other software hooks can change between software updates, particularly during beta releases of a major upgrade such as these.

iOS 12 beta 7: Without doubt the platform that most people will have their eyes on these days, iOS 12 is not hurtling towards its expected September release and most of the hard work appears to be done. With a focus on performance increases on older deices as well as features aimed at giving users a better understand of their usage habits, iOS 12 is a bigger release than many had anticipated. Improvements to ARKit as well as support for 32 people in a single FaceTime chat join upgraded Animoji and the new Memoji, too. Oh, and a revamped notification system has finally arrive and it’s glorious!

macOS Mojave beta 7: Even though interest in the Mac may be waining depending on who you talk to and how much attention you pay to sales figures, macOS Mojave is still a decent update. Perhaps the biggest addition is one that people have been crying out for in the shape of a Dark Mode, although there are other tidbits here and there to take an interest in, too. Not least the foundation for Project Marzipan, an initiative that will see iOS apps come to the Mac.

watchOS 5 beta 7: Not as hotly anticipated as other releases, watchOS 5 will bring with it a new Podcasts app, a somewhat strange walkie-talkie feature as well as improved Siri interactions that will no longer require the “Hey Siri” invocation. The update will however not be supported by the original Apple Watch, something to bear in mind when planning an upgrade if updated Apple Watches do arrive before the end of the year, as planned.

tvOS 12 beta 7: There isn’t all that much to say about tvOS, is there? Support for Dolby Atmos will be added in this update, with new screensavers also coming. There is a promised “zero sign-in” feature, too, although that’s far from the most exciting software feature we will see this fall. We’d suggest updating, but don’t expect miracles here.

OTA updates for all of the aforementioned platforms can be downloaded from the Settings section on the device itself, or directly as a download file (like IPSW file for iOS 12 beta 7) from developer.apple.com.