Apple has officially released iOS 11.2.6 in the public domain. That release means that anyone with a compatible iPhone, iPad, or iPod touch is able to grab the latest public release right now. The release also means that we are privy to a set of official release notes by Apple which gives us an insight into exactly what’s changed in this latest build.

Unlike a lot of previous releases on Apple’s iOS roadmap, this release hasn’t been through multiple pre-release seeds for the community to test. Instead, Apple identified a critical issue with iOS 11.2.5, which has actually already been fixed in iOS 11.3 betas and chose to release a minor patch update to ensure that the bug was squashed without device owners having to wait for iOS 11.3 to be officially released. 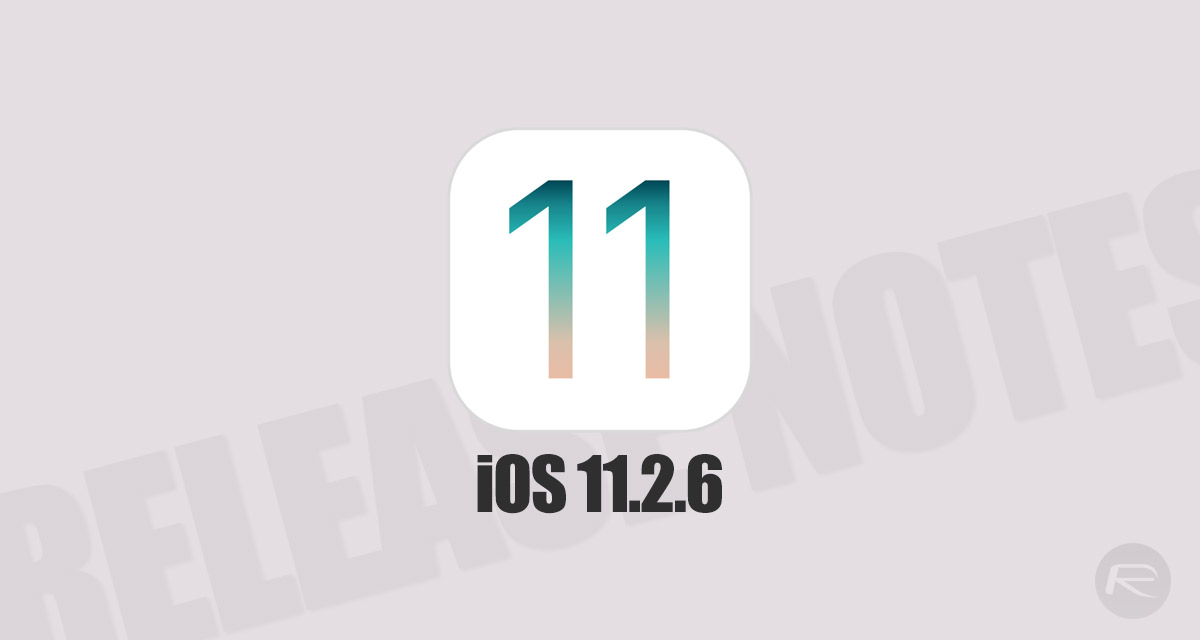 Of course, as you might have guessed if you keep your finger on the pulse, we are indeed talking about the bizarre crashing text bug which has been causing first and third-party apps using Apple’s native text components to crash when a specific Telugu character is displayed.

Apple has acted promptly to fix the bug and release iOS 11.2.6. It’s fairly obvious that this issue is patched with this release but the release notes give us a fairly good insight into what Apple was thinking at the time of deciding to push out this build, as well as giving us an insight into whether or not the release contains any additional fixes, security enhancements, or even feature improvements, with the latter being unlikely this time around.

Full official changelog of iOS 11.2.6 is as follows:

Regardless of what’s in the release notes, Apple has done a great job purely by reacting quickly to demand and focusing on the issue which has been causing user’s devices to crash all over the world when a specific Telugu character is received.