You do not have to cast your mind too far back to remember when Apple released iOS 11 and the world seemingly lost its mind over how the Bluetooth and WiFi toggles in Control Center behaved.

Contrary to how they worked in previous releases of iOS, the buttons were changed to simply disconnect devices from Bluetooth or WiFi networks rather than disable the radios completely, and that caused great confusion. 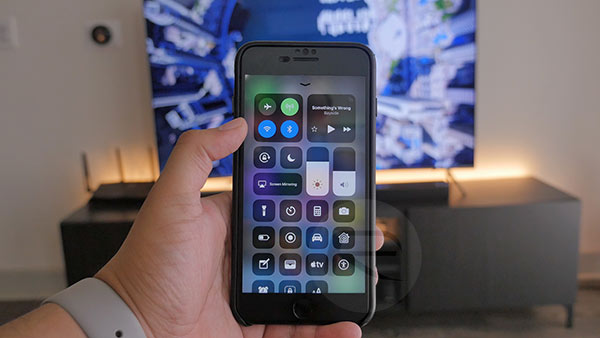 Apple has since confirmed that this behavior is expected and that the buttons are working as designed, but that has not prevented people disliking it. Now, with iOS 11.2 beta 3 released today, Apple has begun to display a pop-up that explains the new behavior. While the new messages will appear the first time the Control Center toggles are used, any subsequent presses of the buttons will cause iOS to show a message that reads “Disconnecting Nearby Wi-Fi Networks Until Tomorrow” or “Disconnecting Bluetooth Devices Until Tomorrow.”

While those messages are true, there are more situations where the radios may be re-activated without a user having to explicitly request the same. There are actually plenty of those situations across both WiFi and Bluetooth.

When you use the Wi-Fi toggle in Control Center, Wi-Fi is disabled until one of the following conditions occurs:

– Wi-Fi is reactivated using Control Center
– You connect to a Wi-Fi network using Settings > Wi-Fi
– You walk or drive to a new location
– It’s 5:00 a.m. local time
– Your iOS device is restarted

When you use the Bluetooth toggle in Control Center, Bluetooth is disabled until one of the following conditions occurs: 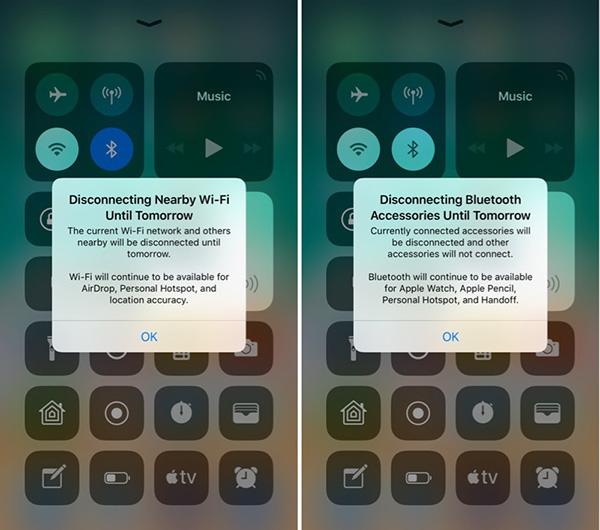 Of course, if a user wants to disable either Bluetooth or WiFi in such a way that will require manual intervention to re-enable, they can do so via the Settings app.

Apple has also added a small bar beneath the icons to the right of the status bar when the iPhone X is locked, giving users an indication that Control Center can be invoked with a swipe.