It looks as though iOS 10 will breed a whole new generation of powerful photography apps that have image shooting capabilities far beyond what we’ve seen on the App Store to date.

The official iOS 10 release notes, which weren’t displayed during the WWDC keynote presentation, lists a new class within the iOS 10 codebase, which will be available to third-party developers, that will allow camera apps to capture RAW images for the very first time. You can also hear the cheers for professional photographers who sometimes want to shoot spur of the moment images with their iPhone. 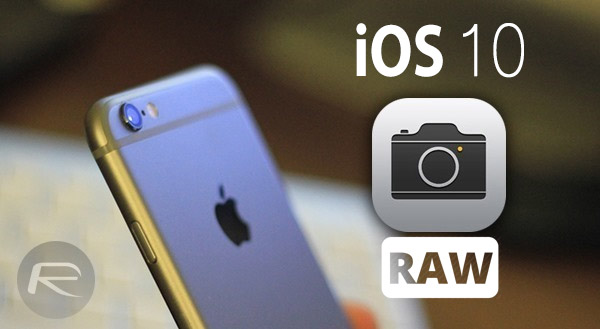 Apple has also used a WWDC session in Moscone West to brief developers on the new additions. As part of that session, it was made known that RAW capture will only be supported on the iPhone 6s, iPhone 6s Plus, iPhone SE, and the newest iPad to have hit the market, the 9.7-inch iPad Pro. Of course, that compatibility will be extended to the iPhone 7 and iPhone 7 Plus later this year when they launch.

Information pulled directly from the iOS 10 release notes give us a little insight into the addition:

The new AVCapturePhotoOutput class provides a unified pipeline for all photography workflows, enabling more sophisticated control and monitoring of the entire capture process and including support for new features such as Live Photos and RAW format capture.

That essentially means that third-party developers will have a lot more power when it comes to designing and developing photo and video apps to be hosted on the App Store. Not only will they be afforded with the ability to integrate Apple’s amazing Live Photos feature into their own apps, but they can now also build software that takes advantage of the iPhone camera to capture RAW images. This will give consumers a lot more options going forward when it comes to editing and perfecting those captured images.

RAW image capture means that photographs are able to be edited and manipulated with greater power than compressed JPEG images. None of the information in a RAW image is compressed, and is recorded with 4,096 to 16,384 levels of brightness. From an editing perspective, that means users will almost have professional looking photographs which have been shot on a smartphone.

It also means that photography fans may have to take advantage of the highest storage capacity device as RAW files can weigh in at around 30MB per file.