There’s a new toggle in iOS 10 to enable or disable LED Flash alerts in silent mode. Here’s how it works.

Companies like Apple and Google have been increasingly applying more importance to making their own platforms and devices accessible. We should all be in agreement by now that accessibility is extremely important in technology, mostly because technology should be designed to make our lives easier and should definitely not alienate those with special needs or requirements, but it’s even more important with smaller devices like iPhones and iPads, and Apple is well aware. 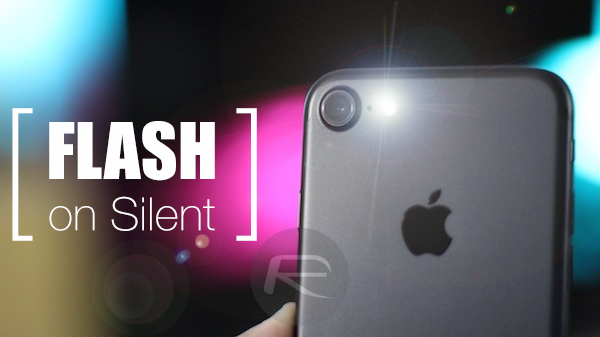 As part of the progression of iOS 10, Apple has integrated a new feature buried deep in the Accessibility settings that essentially allows or disallows an incoming notification alert via the LED flash on the device when the phone is in silent mode. In earlier versions of iOS, this style of alert would kick in no matter if the phone was on ringer mode or silent.

The new “Flash on Silent” toggle will become an extremely interesting and attractive prospect for those looking or not looking for a little more assistance than just a vibration buzz of their iPhone to know when alerts are being issued to the device. To get started, here’s what you need to do.

Step 1: Just like the previous ability to use LED alerts, your journey is going to start in the native Settings.app. Launch Settings to begin.

Step 2: When in Settings, navigate to General and then Accessibility.

Step 3: As the name suggests, Accessibility is where all of the assisted magic happens that makes the device experience a lot more pleasurable for those who may have unique requirement. Scroll down to LED Flash for Alerts and tap on it.

Step 4: Previously, you only had access to the ability to turn the use of the LED flash on or off when an incoming alert was detected. This would trigger the LED flash both in silent mode as well as in ringer mode. Now, with iOS 10, there’s a new option called Flash on Silent, which basically means you now have control over whether or not LED flash should be triggered when the phone is in silent mode. Toggling this to ON position will have phone flash LED both in silent and ringer mode. Toggle it to OFF and you now will get LED flash for incoming alerts only when the phone is in ringer mode. 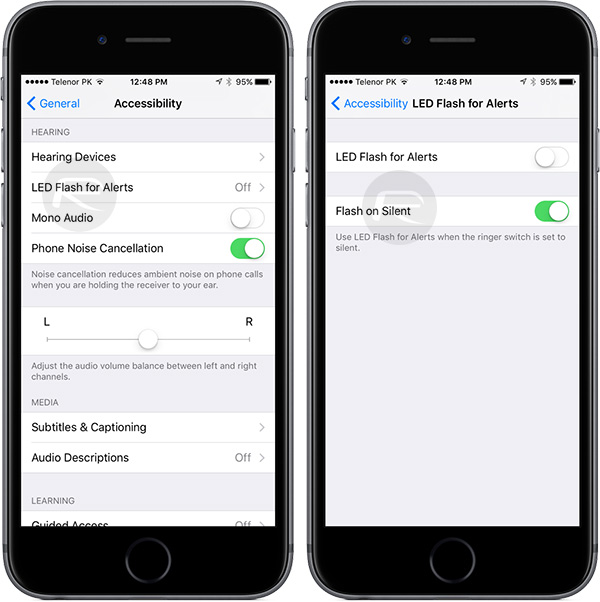 We are sure you’ll agree that this latest addition to the Accessibility settings in iOS may be relatively small on the grand scale of things, but could potentially be vital to a lot of hearing impaired users.