Apple made the iOS 10 beta 2 available to developers last week, with that likely to be the same build as the one that was made available to public beta testers later in the same week.

The second beta of any new version of iOS is often considerably better than the initial one for a variety of reasons, and one of those is the improvement of battery life. As anyone who has ever lived with the first beta or a major iOS release will tell you, they can be particularly brutal when it comes to battery usage. 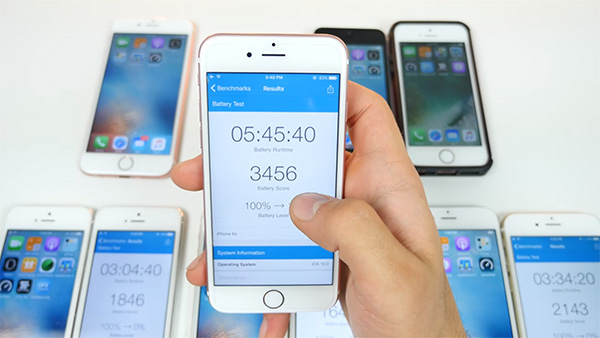 Now that iOS 10 beta 2 is out in the wild, one YouTuber decided to put the software to the test by comparing its battery longevity with both iOS 10 beta 1 and the most current, publicly available version – iOS 9.3.2 – on a host of different iPhone models. You can see the results for yourself in the video embedded below, and at a couple of minutes long, there are certainly worse ways of spending your time. For those that don’t have the time or the inclination to do so, though, the end result is both half what you might expect, and half what you would not.

As you might expect, iOS 10 beta 2 appears to be kinder on battery than the initial release, which, given the time Apple has had to work on it as well as all the data that it will have collected since that first beta release, shouldn’t really come as a surprise to anyone. If you have found iOS 10 beta 1 to be poor in regards to battery consumption, beta 2 should a better bet for you.

Perhaps less obvious is the fact that iOS 10 beta 2 even appears to be better when it comes to battery life of the stable iOS 9.3.2 firmware, which we wouldn’t have necessarily have expected.

Still, the video doesn’t lie, so bear that in mind when considering jumping to iOS 10 in its current beta form. Barring any bugs, we expect battery life to only improve, so the initial signs are very good, indeed.