It’s just been announced that what’s being called a “working UI prototype” beta of the Installer 5 project will be released in the coming days.

The intention is to give those who are interested in the app an opportunity to test out the user-experience of the new app in order to comment and provide feedback. 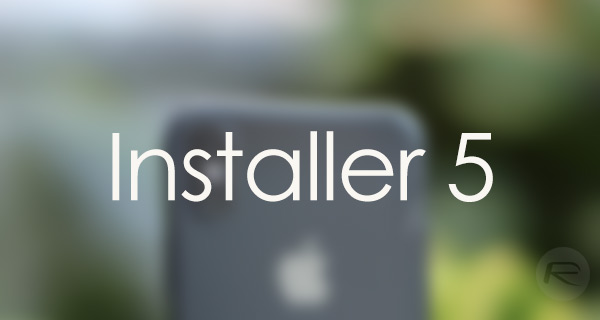 Installer 5 is one of those projects which has managed to split opinion in the jailbreak community. On one hand, some individuals believe it can step into the footsteps of Cydia due to the fact that Cydia hasn’t been put through an update for a long while. However, there’s also the obvious issue that most of the important tweaks and packages need Substrate to be installed and working on the device, which is still yet to be updated with iOS 11 compatibility and it seems highly unlikely that the Installer 5 team will have an alternative to this.

With that said, there’s no sense whatsoever in attempting to bash progress and to sully the hard work put in place by others in order to try and better the experience received by the community. The initial release of the Installer 5 prototype is likely to be the first real step in the app’s release prior to a more functional version being pushed out.

It’s likely that the real intention here is to try and gauge feedback from the community about the overall aesthetic and functionality of the app and to try and see if any improvements can be made prior to a fully working version being released. The announcement, which came from Dennis Bednarz, also confirms that Installer 5 is being developed in separate parts:

The UI and the actual black magic code in #installer5 are developed separately for now so developers can optimize their time and so designers can do the same. We will have a working UI “prototype“ in the coming days where people will be able to install a dummy app to test the UX

The announcement didn’t contain any real solid information when the prototype version of the tool will actually be released but the suggestion of the “coming days” would lead us to believe that we should definitely expect a version during next week, if not before. As always, we will let you know as soon as it’s available. Stay tuned.