MIUI (pronounced mee-yoo-eye) is one of the more popular custom ROMs for Android. It is known for its distinct looks, enhanced apps for Music/Gallery/Camera and, of course, the enhanced notifications drawer. MIUI is now available for the recently released Galaxy Nexus in the form of an unofficial alpha build that has most features working. Check it out after the jump! 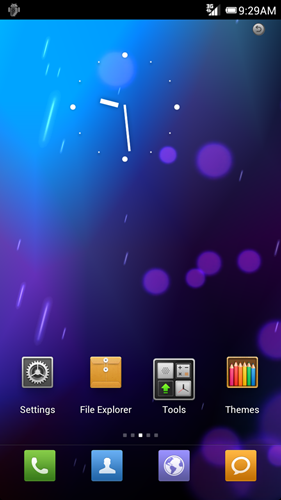 News of the custom ROM comes from XDA Developers – a popular forum for Android modding and development – in the form of a short post on their official blog in which discuss MIUI for the Galaxy Nexus.

Based on Android 4.0.3 Ice Cream Sandwich released on AOSP and developed by DroidVicious, ViciousMIUI is an unofficial, alpha release of MIUI for the Galaxy Nexus. Since it is an early build, there are plenty of known bugs and as more and more people test the ROM, more bugs are bound to be found.

The build is still an Alpha, but so far it has working:

Calls
Call audio in and out
Data works confirmed 3G and 4G work and are being displayed and registered properly!!
SMS messages work!!
MMS works when receiving an MMS but you can’t send an MMS yet from internal storage cuz it can’t find it yet.. I’m fixing this now also
ADB works, ADB remount is in the next update that I should have up in a few hours..

Note: Separate .zip files exist for GSM and LTE versions of the Galaxy Nexus. Be sure to download the correct version, otherwise you may damage your device.

Step 2: Shut down your Galaxy Nexus. Once shut down, press and hold Volume Down + Power buttons to boot into ClockworkMod (CWM) Recovery.

Step 3: From CWM, take a nandroid backup from backup & restore. This may come in handy if you wish to revert to your phone’s current state after flashing MIUI.

If you followed the steps correctly, your Galaxy Nexus will now boot into ViciousMIUI based on Android 4.0.3 ICS.

For queries, check out the official thread for GSM/LTE Galaxy Nexus over on XDA.