Flash has been one of the largest building blocks of the internet. Maybe not fundamental, but it’s hard to argue that Flash didn’t play a very vital role in creating and shaping the web as we’re used to it now. From Macromedia to Adobe, and from MiniClip games to catchy animations on websites, Flash technology outlived its days of glory when Steve Jobs declared a war on the platform by not supporting it on iOS – so much so that Adobe, the curators of Flash, finally decided to pull the plug on it, themselves.

Among various other implications that this move had, one was the fact that Android, which boasted official Flash support as one of its bigger leverages over its Cupertino rival, would lose that throne. Indeed, when Jelly Bean entered the arena without Flash support, that was actually considered a chink in its otherwise-robust armor, but here’s where the beauty of open source comes into play. Since there’s always an “other” way to do things, Flash can be installed and enabled on your Android smartphone or tablet that’s running Jelly Bean, and we’ll show you how, just after the break. 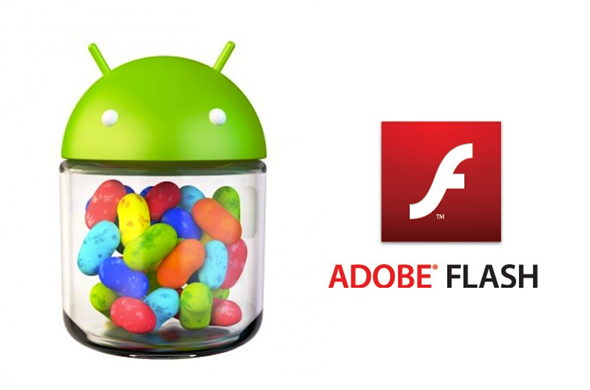 Before we get to the actual process, let’s consider the minor downsides, too. First, you can only utilize the Flash Player in Dolphin Browser HD, since that’s the only browser that seems to sift well with the technology. Second, getting Flash this way doesn’t ensure the best performance, since it’s not been optimized for the Jelly Bean environment.

This guide is applicable to both Android smartphones and tablets.

You can grab both files from the source link at the end of this post.

Step 1: Remove any existing installations of Dolphin Browser and/or Flash Player from your Android device. Use the native Android App Manager, and make sure you hit Clear Data first, followed by Uninstall.

Step 2: Copy both the downloaded APKs to somewhere on your device, where they can be installed through any file manager.

Step 3: Make sure installation of apps from unknown sources is allowed by heading to Settings > Security > Unknown Sources = checked.

Step 5: Launch Dolphin, head over to settings, and toggle the Flash Player option.

Step 6: Exit the browser and start it again.

You now have Flash Player enabled in your Dolphin Browser HD. The only caveat is that you should not update the browser beyond this, or you might lose Flash support. The performance, as reported by testers, is satisfactory, though not always stellar.

For more details and troubleshooting, check out the XDA Developers source link below.