Such has been the coverage of the iPhone 5 and subsequently, the iPad mini, that the small matter of the radically-redesigned iMac has slipped into the back of our minds. When Apple launched the smaller tablet last month, it also gave us a look at the all-new iMac, and although there was – to the disappointment of many – no Retina display, the new slender look seemed to go down with the on-looking tech world.

Apple did what it has been doing for years; thinned it out, ripped out the optical media drive, and made a few key improvements within. The hybrid drive is the centerpiece of the hardware upgrades, bringing the storage capacity of the HDD drive, speed and efficiency of the SSD, and combining them to create an all-round package, which it names the Fusion. 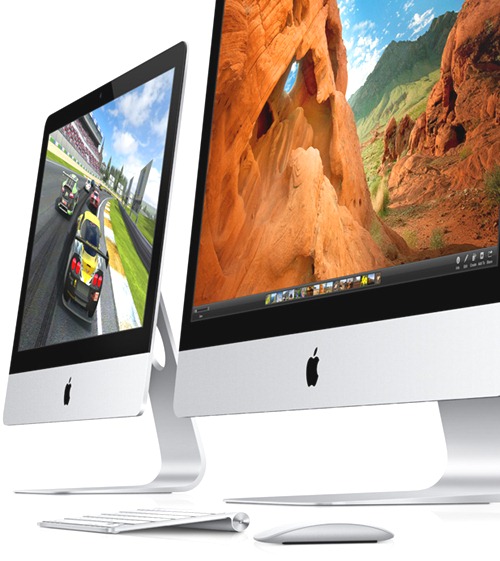 But with the Fusion drive, along with a few other implementations, is the new iMac that much faster than the older models? The answer, in short, is yes.

PrimateLabs has put the new iMac through its paces in running a series of benchmarks using the Geekbench Browser, and concluded its performance as being reasonably superior to that of the older machines. Since the 27-inch version won’t be around for a good while yet, the PrimateLabs tests were only carried out on the 21.5-inch model, but the latest high-end version of the smaller iMac is almost 25% up in performance on the 2011 version. 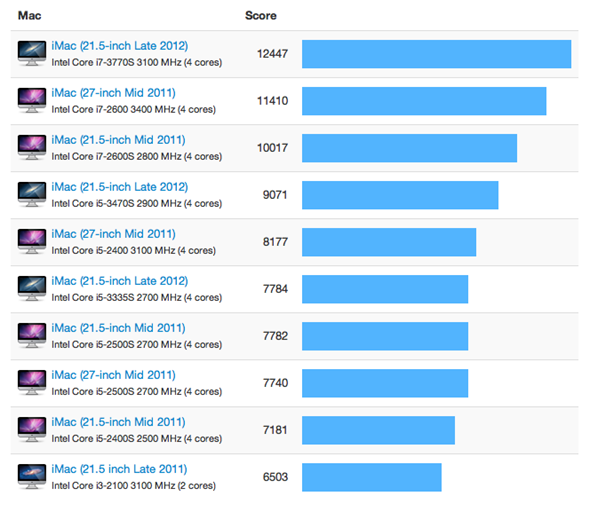 Even more interestingly, the new 21.5-inch model is even 10% better than the 27-inch model released last year, rendering it a really attractive prospect for high-end use. Of course, the cheapest way into the Mac game is by purchasing Mac mini, and Primate’s tests show that by purchasing a high-end Mac mini, once can achieve similar performance to that of a mid-range iMac. Of course, you’ll need to get yourself a display, but it’s a good idea to go with the compact mini if you want to save a few bucks.

As well as a comparison with the Mac mini, the comparisons were also made with the Mac Pro. With Apple seeming to care about the Mac Pro as Twitter does its app for Mac, the pace set by the Mac Pro has now been caught by the iMac, with the exception of the 12-core models.