As we heard a couple of days back and thus, expected Facebook to announce at its next “big idea” event today, the social network has stepped out and confirmed that Instagram will indeed be bringing Vine-like video support, meaning users will be able to record and keep short, memorable clips alongside their snaps. The announcement could well spell the beginning of the end for a Vine app that has been making reasonable headway in recent times, while also helping to expand and broaden Instagram’s already seemingly insatiable appeal.

Instagram wouldn’t be Instagram without filters, and with the new video support, Facebook has chucked in now fewer than thirteen filters “built specifically for video,” so if you’ll readily be able to alter your clip to something more refined. 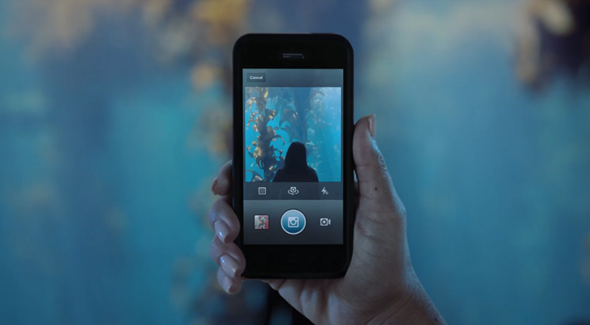 Both the iOS and Android versions of Instagram have been bumped to version 4.0, and as you would expect, each packs in the new video feature. In tapping the camera icon as usual, you’ll be met with the option of taking a clip thanks to the new movie icon button. Once tapped, you’ll be thrown into video mode, from which you can take up to fifteen seconds of video, and when your masterpiece is finally complete, you can select a particular frame as the cover of your clip.

Kevin Systrom, Instagram’s co-founder, took center stage for the majority of the announcement, and had this to say on the new video feature:

We are forever on a quest to take a moment in time and record it forever. Instagram is [now] a way do to that. The value in that is that we look back at these moments from time to time to remember them.

But the 15-seconds of video is not the only thing that’s awesome here, as compared to Vine’s mere 6 seconds. Nor just the filters alone. Instagram is today introducing a new video recording mode called ‘Cinema’, which stabilizes your video as you’re recording it, making sure your videos look as cinematic as possible. Having tried it on an iPhone 5, we have to admit: it works wonders and we haven’t seen anything quite like it.

Grab Instagram 4.0 right now from the direct App Store and Google Play links provided below, and let us know what you think of this all-new feature by leaving your thoughts and opinions in the comments section.