The argument over Instagram’s algorithmic timeline is one that has raged on for a long time now, and it’s even lead to some people quitting the platform.

For those who are not familiar, Instagram does not show images in a chronological order, as it used to, and instead tries to predict which images users should see next.

Sometimes it gets it right, sometimes it really doesn’t, and Instagram appears to finally be responding to requests for the old chronological timeline to return. Don’t get excited though, because that’s not quite happening.

The good news is that Instagram is at least offering a new feature that will make sure users will know when they are fully caught up with all of the new images that were posted in the last 48 hours.

In its initial incarnation, the feature will show users a big green checkmark when they are “all caught up” with anything beyond that point being older images mixed in with newer ones that have been seen already. 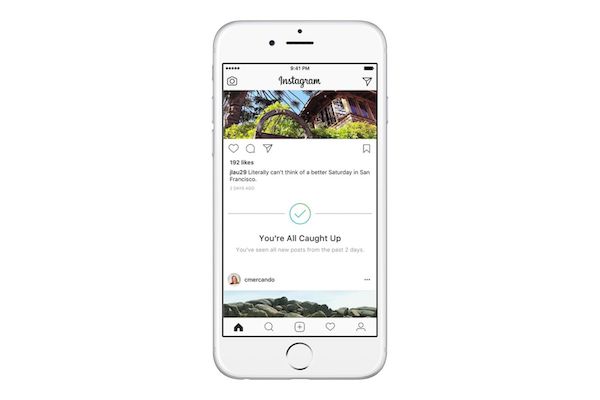 Expected to be a popular middle ground in a world where the chronological timeline is clearly not coming back any time soon, this new feature should be rolling out to Android and iOS users starting today.

Instagram is also working to get a better feel for how long users are spending in the app, something Facebook is also working towards in a similar process to Apple’s new Screen Time feature that will launch in iOS 12. Android P will also feature Google Dashboard, another feature that will keep track of how users are spending their time when using devices. Hopefully by making it more clear when our timelines are been caught up with, Instagram will save us all trawling through old posts for fear of missing something!