When Apple released its iPod touch media player and all round mobile computer, the tagline of ‘the funnest iPod ever’ not only made any self-respecting grammar Nazi froth at the mouth, but also heralded a new approach to gaming for both Apple and the gaming industry. 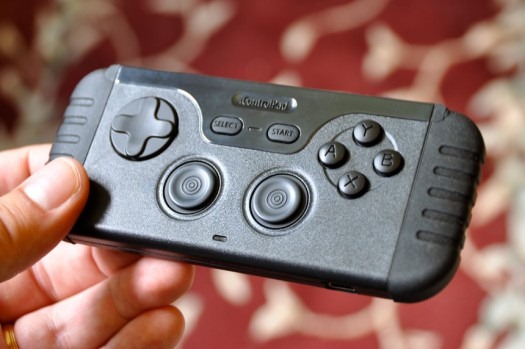 Years later, the iPhone, iPod touch and now the iPad, are all selling like gangbusters, and the success of the App Store has been even more impressive than the staunch Apple supporter could ever have hoped.

This success, we’d wager, is in no small part related to the explosion of iOS games that both independent developers and large software houses have created over the last couple of years.

With huge success stories like Angry Birds under its belt, iOS has proven to be a real gaming powerhouse in an industry that has historically been dominated by one of the big console companies.

Despite the huge success of gaming on iOS, there is still one issue that just isn’t going to go away – controls.

With iDevices obviously not sporting any hardware buttons, it’s been left to third-party inventors to come up with a solution – and one such solution is the ‘iControlPad’. 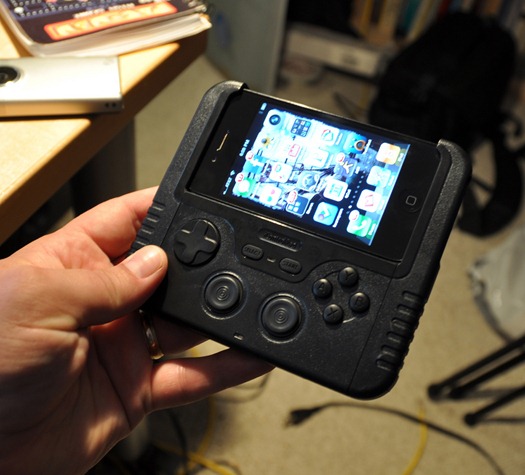 Sporting a Bluetooth connection to an iPhone, the device is what we oldies would call a ‘control pad’. What this offers is a selection of buttons, perfect for those games where a touch screen just doesn’t quite cut the mustard.

The iControlPad even offers an attachment that can slot into the main body of the unit, and then offer a place to slide your iPhone, making the iPhone+iControlPad combo a one piece of kit affair.

Problem is, the iControlPad pairs to the iPhone using Bluetooth, something that makes it impossible for App Store apps to support the control unit’s ever-so-useful analog sticks. All this means that if you want to take full advantage of the iControlPad, you’ll need to be of the jailbreaking persuasion beforehand.

Best of all, the glorious analog sticks! And…the first disappointment comes when you, iOS gamers, discover that they’re rendered unusable due to Apple’s restrictions on the type of Bluetooth devices that can interface with iOS.

Judging by these videos embedded below, we actually see a bright future of this add-on after all!