Humor: If Siri Was Your Mom In Real Life [Video]

Can you imagine what life would be like if smartphone based artificial intelligence actually evolved to the point where it could replace the maternal responsibilities of your mother? We already rely on our handheld devices for pretty much every aspect of our daily lives, from storing details about our friends and family to sending and receiving communications via email or social networks, and even getting us to a selected destination via turn-by-turn directions. But what if – and bare with us on this one – Apple’s Siri digital assistant was actually your real life mother? Can you imagine how utterly ridiculous and confusing our life would be if that was so?

Thanks to the guys over at The Daily Dot as well as Susan Bennett, who is the actual voice actress responsible for one of Siri’s personas, you no longer have to imagine what a world with Siri as your mother would be like. You simply have to sit back and watch the accompanying video to realize that it would be noting short of absolute chaos, fun, and maybe potentially entertaining. But absolute confusion and chaos where we would cast our vote. Siri may be regarded as being by some as the most accomplished digital assistance available at the moment, but not even Apple is capable of producing an artificial assistant that can do a good job of replacing the natural nurturing instincts of our own moms. 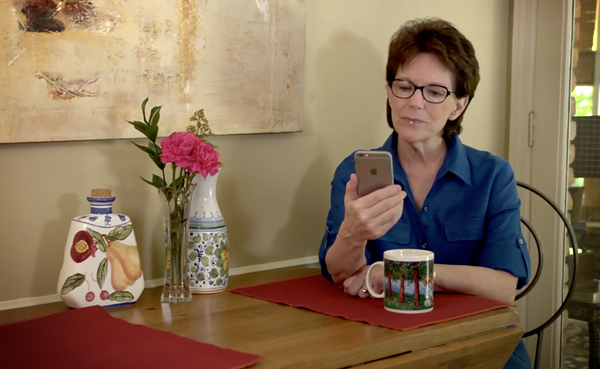 Susan Bennett has clearly been a good sport by working alongside the makers of this video that tries to depict what life would actually be like if Siri was indeed your actual mom. When Apple introduced us to Siri back in 2011 – was it really that long ago? – we were promised something nothing short of spectacular. An assistant that would not only revolutionize the way we use our mobile devices but also the way we organize and structure our lives. Sadly, for reasons that are largely unknown, Siri hasn’t really become the all-knowing digital prophet that we expected and often struggles to understand relatively simple questions, which is perfectly depicted in this humorous video.

Would you like me to search the Web? Let me check your calendar. These are things that we’ve all heard before while using Siri and undoubtedly things that have caused a few episodes of rage.

Check out the video for yourself and see if you’d find it entertaining or infuriating if Siri was your mom.