It goes without saying that the Apple Watch is still limited in its ability with regards to what it can do with the newfound support for Hulu, given that it still relies on the iPhone in a major way to do its bidding. However, once you get the hang of it, its utility is undeniable. For now the Apple Watch is able to control playback on Hulu, but any video will have to be launched using the iPhone first, from where the smartwatch will take control of things. 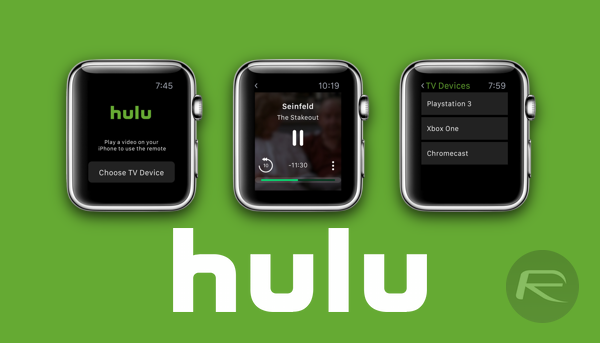 Playback controls are simply a basic mirror of those found in the iPhone app, such as play / pause, though the ability to do this was already available on the Watch via the Now Playing Glance. With this update, users can now access a rewind button, shortcuts to enable / disable closed captions, and best of all, route video playback to a Chromecast connected TV directly from the Watch, without needing to fiddle with their iPhone again.

Using this app on Apple Watch, you can control playback of your favorite shows and movies “on Apple TV, Chromecast, Xbox One, PS3 and PS4.” “You will be able to connect directly to an existing Chromecast or Xbox ONE, PS3 or PS4 device that’s streaming Hulu, and control it right when you launch your Hulu app on the Apple Watch,” says Hulu.

The Hulu app is absolutely free to download, but if you want to get in on the movies and TV shows action, then you have to stump out a monthly fee for it. The service costs just $7.99 a month – in select regions – and is worth the investment if you want to consume premium content on the go. 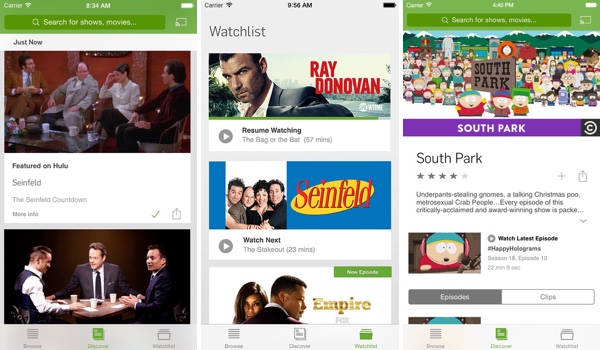 If you already have the Hulu app installed on your device then you can grab the update directly from the App Store, if you’re installing fresh then simply click on the link embedded below.