The original HTCLock tweak has been on the Cydia store for quite some time and has managed to rake up thousands of downloads from those who wanted to tweak the iOS lock screen to have a little bit more of the HTC Android flavor in it. Implementing the highly regarded HTC design on the iPhone and iPod touch obviously proved popular as it changed the default behavior and added the option to invoke a number of apps without having to unlock the device first. The same developer has now continued on with that tweak and released the HTCLock Pro version that bundles in additional features and enhancements.

The first notable thing about the new Pro version of the original free tweak is the total overhaul of the dedicated settings panel that allows the user to change and amend the behavior of the package to suit their requirements. The new settings entry looks extremely native in a tabled form with simple easy headings. The ability to quickly change the featured apps, as well as toggling the tweak itself on or off is very welcomed. 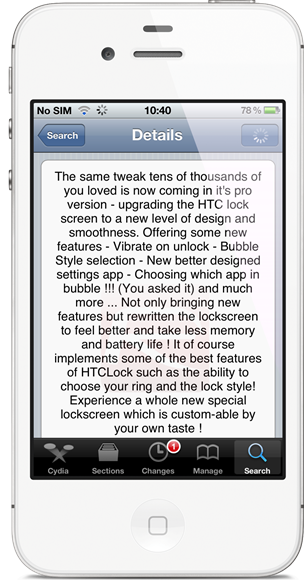 The developer of HTCLock Pro has also taken the time to totally rewrite the package to give it a smoother and enhanced user-experience that eats up lesser memory and takes away any lag in performance that may have been felt on the previous iteration, as well as preserving the all important battery life on the device. Vibration features when unlocked have been added to this version as well as being able to choose the style of the bubble that is displayed on the lock screen. 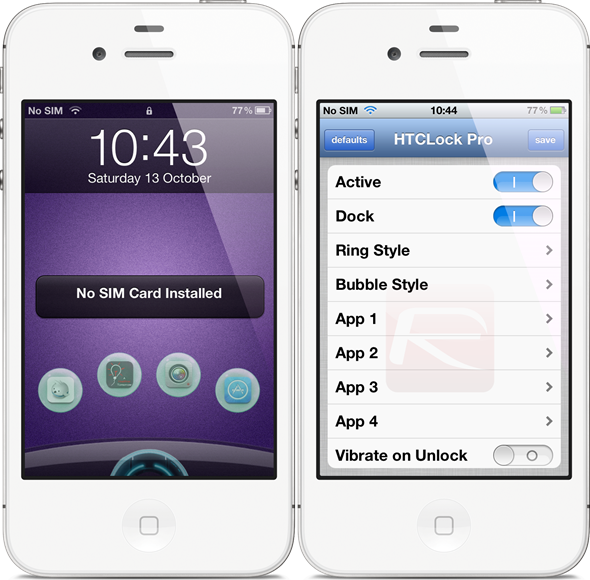 If you have ever come across or used the original and free version of this package then there is no denying that this $0.99 version is a definite improvement. Everything feels better and more responsive and the additional features are definitely worth the attached price tag for those who love the HTC lock screen experience but want it on their jailbroken iOS device. 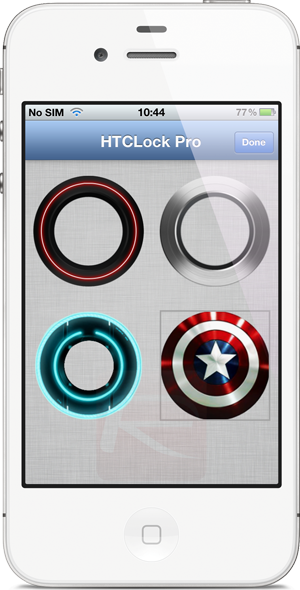 HTCLock Pro is available to download for $0.99 from the ModMyi repository with no specific iOS version requirements being given.