If history has taught us anything, it’s that persistent rumors tend to have some kind of foundation to them. That’s why we aren’t surprised to see more information pertaining to the speculated Nexus tablet from HTC coming into the public domain.

There’s been plenty of speculation recently to suggest that HTC could be manufacturing the next, and possibly last, Nexus tablet, which would come with an 8.9-inch display to match the company’s current rivals in the tablet space. Specification and visual leaks over the weekend suggest that the “Volantis” could be that HTC Nexus offering. 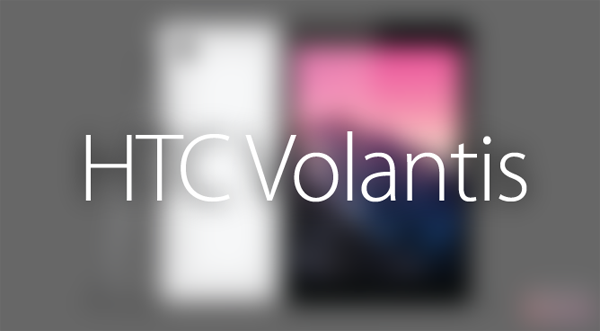 The hardware has been given the Volantis internal nickname by HTC, although it’s unlikely that it will hit the consumer-facing shelves with the same moniker. The mysterious device will ship with a 8.9-inch display packing in 281 pixels-per-inch at 2048×1440 resolution. The exterior of the tablet will benefit from being just 7.9mm thick and will weigh in at 418 grams. Those in need of a super-fast data connection will have to deal with an extra 9 grams in weight to get their hands on the LTE variant of the Volantis hardware.

The technical specifications seem to suggest that HTC won’t be running with the Volantis just to make up the numbers in the tablet space. The onboard Tegra K1 64-bit processor will be accompanied by a hefty 2GB of RAM as well as 16 or 32GB storage options. The rear of the hardware will feature an 8-megapixel OIS camera module with an additional 3-megapixel offering mounted on the front for video calling and perfectly timed selfies. The Volantis will also ship with a forward-facing stereo speaker setup built into a zero-gap aluminum frame. 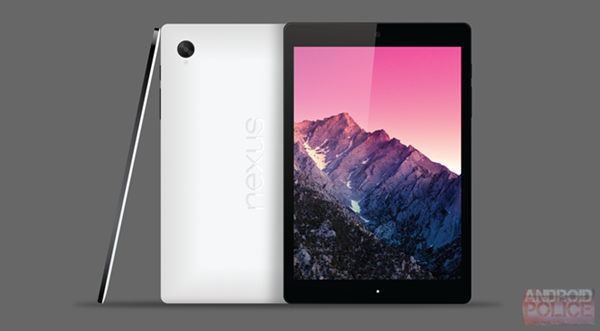 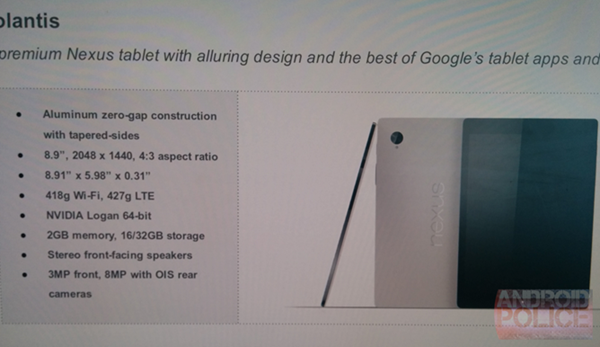 The Volantis sounds very impressive indeed, but before you go placing this on the “must have” list it’s worth questioning the legitimacy of the “unnamed source” who provided the visuals and accompanying specifications. It’s widely been accepted that Google is all set to consign the Nexus program to the archives in favor of rolling out a high-end “Android Silver” experience that will see a number of manufacturers produce premium devices that all exist to offer the same positive Android experience. It’s possible that HTC could be the last to produce an official Nexus device. Alternatively, we could be looking at a fictitious product that won’t ever make it onto our shelves.