How To Watch Super Bowl XLVIII Absolutely Free On iPad

Even if you’re not a fan of the NFL, the build up, advertisements and general buzz around the Super Bowl is pretty difficult to ignore, and this Sunday’s Super Bowl XLVIII showdown between the Seattle Seahawks and the Denver Broncos is expected to attract a worldwide audience well into the hundreds of millions. It’s going to be, as ever, quite the exhibition, and if you’re still undecided as to where or how you’re tuning in, the FOX Sports GO app will be streaming the event for free for those in ownership of the Apple iPad. It’s a special, one-off promotional deal to get sports fans downloading the app, but hey, since it’s free, why not?

The app comes bundled with a special preview, offering first-hand access to the wide range of features within. This preview will give users a virtual pass to enjoy the app’s broad range of content, although this will run a limited window from 12:00 AM ET on Sunday through 3:00 AM ET on Monday February 3rd, while the game itself kicks off on Sunday at 6:30 PM ET.

The real clincher, and indeed the reason this app is making the headlines, is not down to the special preview, but the fact that downloaders can watch watch the Super Bowl XLVIII in its entirety – for free – right on their iPad. For no cost or obligation, it’s a deal for any true football fan, and considering many public locations for watching the game will likely be heaving as many folks turn out to soak up the atmosphere, watching it at home on the iPad may be a better alternative for some. But still, if you want to watch the whole thing on your iPhone, then you should be subscribed to Verizon’s NFL Mobile service, which does not equate to free, but still, the option is there. 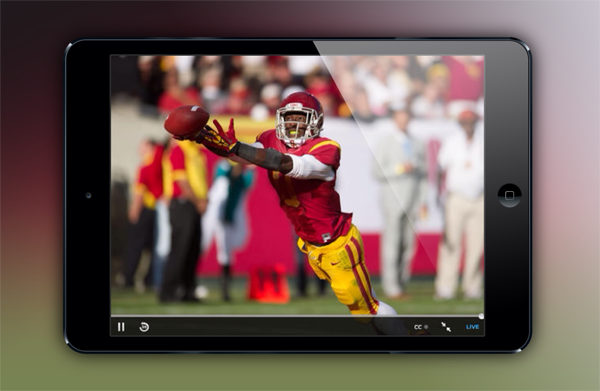 As well as merely streaming the game, the FOX Sports GO app has tailored the experience to cater to those of Spanish-speaking language. There will be two separate streams – one English, one Spanish (via Fox Deportes), and since this is the very first time that the NFL’s biggest prize has been broadcast in the US in Spanish, there’s even more justification for this rather generous promo stunt. 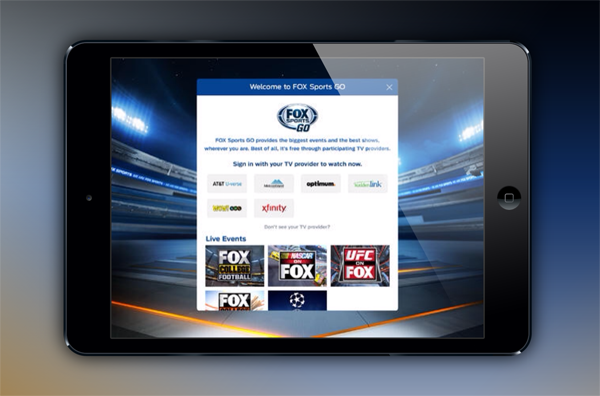 So, if you’re going to be keeping your iPad by your side on Super Bowl Sunday, be sure to pick up the Fox Sports GO app, which we’ve linked directly to below.

(Download: FOX Sports GO for iPad on the App Store)