Gestures, when applied correctly, can make a great deal of difference to functionality. Not only do they make the process of switching between menus, apps, or certain features a lot more seamless, but there’s a certain air of finesse about doing things this way. Gesture Music Controls, a new tweak that has just hit Cydia, makes using the Music app – as well as the controls on the lock screen and within the Control Center, just that little bit more pleasurable, and if you’re an avid music listener on iOS, then Gesture Music Controls may well pique your interest.

You can change your currently playing song by merely swiping across the display, and as you will see from the demonstration video embedded below, it works as smoothly as you would expect. There is a version for the iPhone / iPod touch as well as the iPad, and while the tablet version doesn’t alter anything within the stock Music app, you can still harness the tweak’s power by enjoying the slick gestures in both the Control Center and on your lock screen.

As well as the left-right gestures for skipping through songs, a one-second hold within the Music app will open up rating controls, allowing you to score said track out of five stars (if you happen to do this, of course). If you don’t happen to be in the Music app and hold for one second, the tweak will simply throw you into the app you’re currently playing the song from.

Additionally, if you like to share music you’re enjoying with your friends on social networking sites, then an upward gesture will allow you to do this. 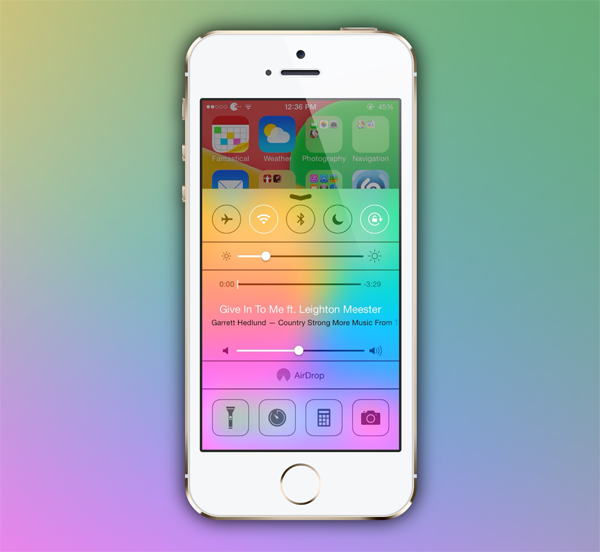 The tweak costs 99 cents from the BigBoss repository, and is well worth picking up if you’re a big fan of your music. Once you’ve installed it, there are no options to configure within the native Settings app in iOS, so if you decide you no longer want Gesture Music Controls sitting on your device, all you need to do is head back to Cydia and uninstall it.

We’ve had a little play around with it ourselves on an iPhone 5s, and it does work as advertised. Gestures make the world, or at least, the digital world, a better place, and while Gesture Music Controls does feel like leaves a little room for improvement, it’s sub-dollar price tag means it’s actually still good value for money.