How To Wake iPhone, iPad By Double Tapping On The Display [VIDEO]

Gestures make the world of touch-based devices just that little bit nicer. In fact, gestures not only promote better functionality and generally enable us to get done things quicker, but also, they’re pretty cool with it too. On no occasion has the cool factor of gestures been better exemplified than with SmartTap, a new tweak authored by seasoned developer Elias Limneos that allows you to perform gestures even when your display is turned off and in sleep mode.

The elegance with which an iPhone, iPad or iPod touch’s display is lit up with a simple tap makes for a very enticing tweak, and moreover, by performing a slide-up gesture on your device’s dimmed-out panel, you can hop straight into the home screen. 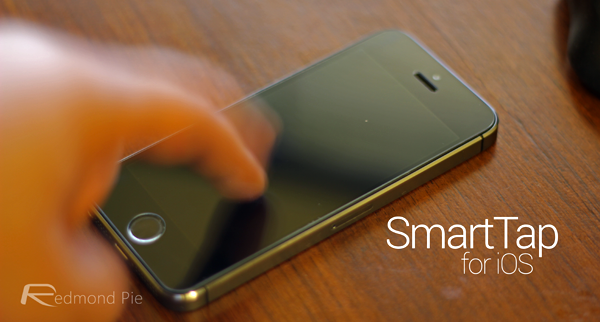 When you’re done, all you need to do is double tap a vacant area of your device’s display, and the back light smoothly dims once again, completely negating the need for you to mess around with those physical buttons.

Even though this tweak is very showy and impressive, there is, if you think about it, also a practical purpose. The power button of the iOS device range is, as may of you will already have begrudgingly discovered, prone to malfunction after sustained, repeated presses, and eventually dies out and becomes completely useless. Even though Apple will, as was recently revealed, fix it for free, SmartTap’s presence will preserve it almost indefinitely, given that you’ll only need to hold it when turning your device off.

Keep in mind though, this feature has been around on Android for quite a while now, and the latest flagship to grab onto it is the HTC One M8. If you want a similar feature on any Android device, then an app by the name of Knock Lock for Android brings the feature to the fold, but it locks the device, rather waking it up. But still, it’s close enough. 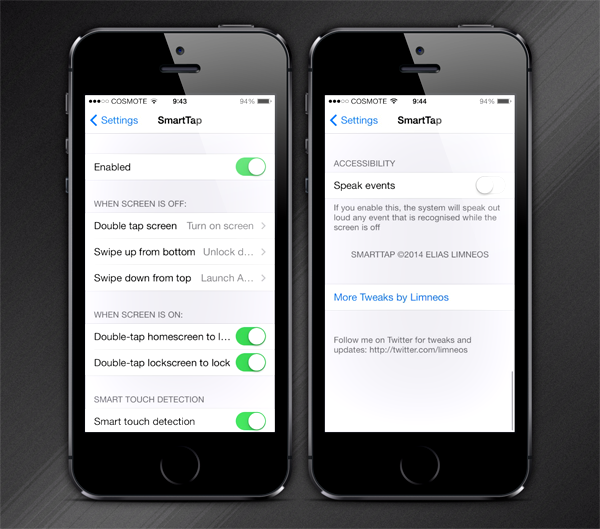 Demonstrated below in a teaser clip released on YouTube a couple of days back, SmartTap is now available for everybody with a jailbroken iPhone or iPad to go ahead and download from the BigBoss repository in Cydia. It’s priced at just $1.99, and if you think it’s half as impressive as we do, you’ll definitely want to be snapping it up right now.