So sometimes we see jailbreak tweaks pop up that wow us immediately, and then sometimes we see tweaks that have us wondering why anyone would really use them beyond the initial novelty factor. Somehow, Touchy for iPhone 5s fits squarely into both of those categories, and with good reason.

Firstly, that wow factor we were talking about. Touchy has that in spades, because as that name suggests, the tweak lets users launch apps using just the power of their fingerprints. Where things get super awesome though, is the fact that Touchy can launch a different app depending on which finger someone uses to touch the Touch ID enabled Home button. 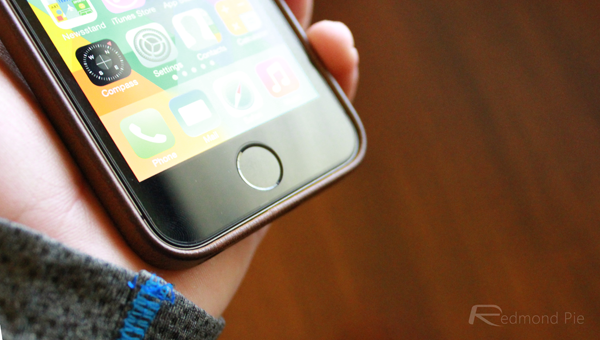 So, with that in mind it’s possible to have your index finger launch Safari, but then have your middle finger fire up Cydia. If you wanted, you could then have your thumb be responsible for firing up the Settings app, too. With up to five assignments, one for each finger, Touchy should provide enough breathing room for just about anyone and everything is configured in the tweak’s settings. It’s super cool, we’re sure you’ll agree.

But then we come to the fact that beyond it being super cool, we’re a little lost as to why anyone would really use it once they’ve shown it off to all their friends. Yes, it’s true that Touchy could be used as a fast way of launching apps that are used a lot, but that’s what your home screen is for. Yes, people often have too many frequently used apps to fit on the Home screen, but beyond the index finger and the thumb, using a different digit to launch an app can be cumbersome to say the least, especially when using an iPhone singlehandedly.

While it’s true that we’re probably being a little hard on Touchy, we’re still not quite sold on its long-term appeal. We’d love to be proven wrong though, so if you find a real use for it then you know where to find us. Until then though, we’d probably rather just use a tweak to get more icons on our home screen if we had too many apps we frequently use.

The functionality which Touch ID offers on a stock level is pretty barebones. But thanks to the jailbreak community, Touch ID has become more useful in a lot of ways. With tweaks like AppScan, BioLockdown, Applocker and BioProtect, along with Virtual Home and iTouchSecure, there’s certainly no denying the fact that the jailbreak community does not aim to slow down one bit.

Touchy is available to download from the ModMyi repo in Cydia.