In the interest of adding additional competition in the jailbroken world of biometric detection, a developer by the name of Ryan P has thrown his hat into the ring in the form of AppScan. The package, which is available as an immediate free-of-charge download, is the developer’s equivalent of BioLockdown for iPhone 5s, Applocker for iOS 7 and BioProtect for iPhone 5s, except it has the added bonus of being entirely free. The release of the three aforementioned packages clearly proves that there’s a market for this type of tweak, but is there a market for a free variant that may or may not continue to receive support?

AppScan essentially mimics the bare-bones functionality of BioProtect, Applocker and BioLockdown. The theory behind the package is to afford users the ability to prevent individual apps from being launched unless the process is authenticated using the Touch ID sensor on the iPhone 5s. BioProtect, Applocker and BioLockdown goes a few steps further by bundling in security around the multitasking switcher, Control Center and the lock screen on the device, which is something that AppScan is lacking at this stage. Still, some may be fine with that as it represents an additional level of security for apps without any financial outlay. 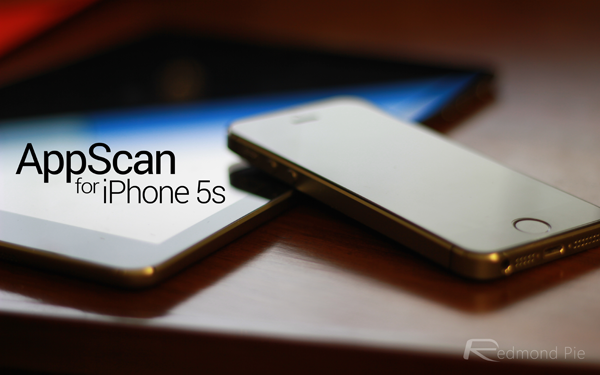 The product itself is currently in beta and is likely to go through a period of updates in the next few weeks. When the package starts to get more users and traction it’s inevitable that users will report bugs and feature requests that will need to be incorporated. Those who don’t want to part with $2.99, $0.99 or $1.99 for the currently available options will need to understand that there is a fairly significant trade-off when choosing AppScan over the competition. Regardless of whether an app is protected or not it can still be accessible from multitasking, Siri or lock screen notifications. 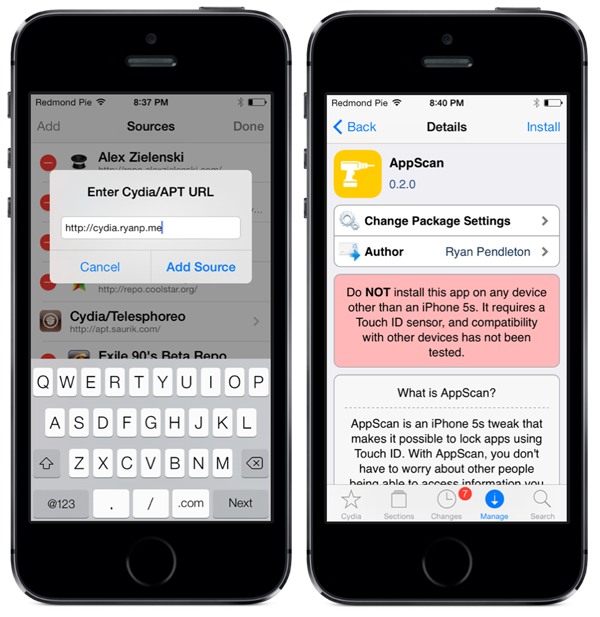 Ryan has hosted his package on his own repository, meaning that anyone wishing to download it and give it a try will need to launch Cydia, select the Manage option and Sources. Add http://cydia.ryanp.me/ as a source and install directly. Let us know via our social channels how it performs for you and if it’s any different to the commercial options, if you’ve used one of those.

AppScan is available as a free-of-charge download for jailbroken iOS devices. The developer has made clear his intention to add premium, commercial features into the tweak in the future, but with the promise that the current basic functionality will remain free.