How To Transfer iPhone SMS Text Messages To Android [Tutorial]

Switching from one smartphone to another is not really an easy feat, and even more so if the platform is different from the one that you’re currently using. Just recently, I decided to make the switch from iPhone to Android as my primary business phone, mainly because my work relies heavily on Google Apps and Android binds relatively better with those (and because my company promotes Android over iPhone). Nevertheless, while the rest of it was pretty smooth, one area that took some thought was getting my text messages from the iPhone to the new Xperia Android phone. Thankfully, there is a solution, even though it takes some time, we’ll show you how to go about it.

Before we get to the actual process, you’ll need a few apps. The problem mainly with transferring messages from iPhone to Android lies in the fact that iOS handles messages very differently from Android, and the SQLite database that stores these is set up in a manner that Google’s smartphone platform cannot read it at all. Hence, the process requires first extracting the iPhone SMS database file, converting it to Android-friendly format, and then restoring/importing those to the Android phone. 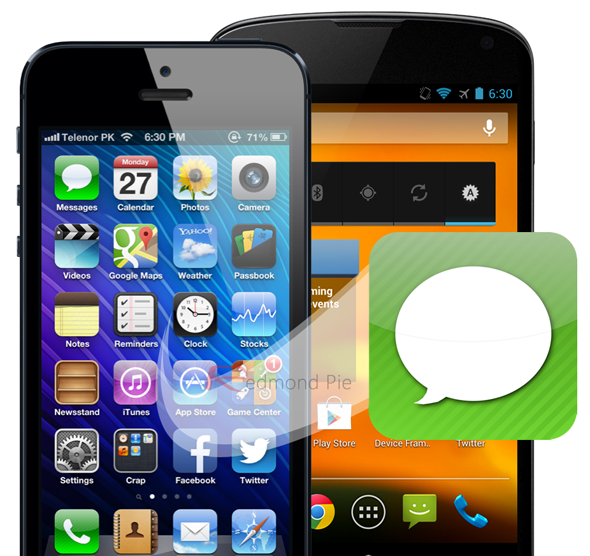 Let’s take a look now at how it’s done.

The SMS database can be downloaded from an iTunes backup of the device. Once you’ve created a backup, you can extract the most recent SMS file using the process described here on how to backup iPhone SMS text messages. You don’t need to follow the whole thing – just to the point of taking out the SMS file.

Once you have the file in question, transfer it to the Internal Memory of your Android device.

For this part, you need an app called iSMS2droid (available for free from Play Store).

With the iPhone SMS DB file in your phone’s internal memory, launch iSMS2droid and locate the file in question. The software will seek confirmation before actually converting the database, so let it do its work. The resulting Android-friendly file will be saved as an XML document. Depending on the number of conversations, the process can take more or less time. 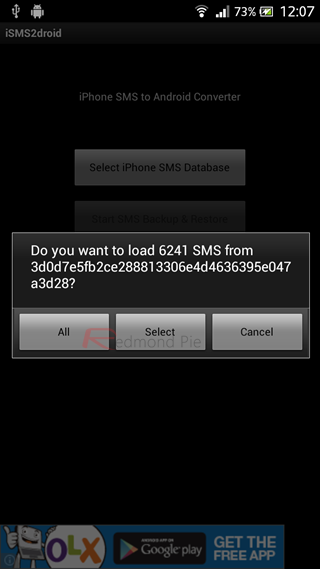 Please note that instead of importing all conversations/threads, you may also choose to grab only selective ones for import, which will not only reduce spam, but also make the process faster.

This last step requires another free app from the Play Store, going by the name of SMS Backup & Restore for Android (you’ve probably heard of that already).

While SMS Backup & Restore is actually intended for backing up and later restoring any and all messages on your Android phone, iSMS2droid makes the app think that the converted iPhone message database is also, in fact, a restorable backup, allowing the import of the messages to the new Android device. As before, you need to point to the converted XML from your internal memory/SD card from inside the app, and the rest is taken care of by SMS Backup & Restore itself. The import is, again, dependent on the number of message threads that you have therein. 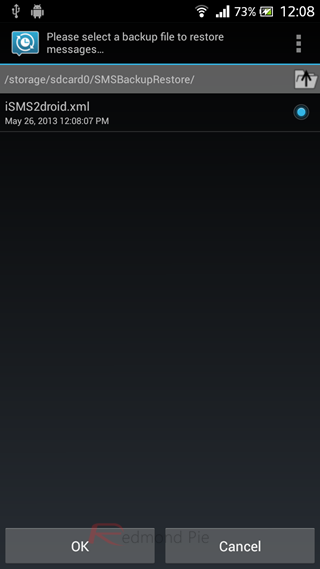 Once all the messages have been “restored”, you may want to do a comparison with your iPhone message threads to make sure nothing was missed.

While the method is slightly time consuming, the plus side is that it isn’t complicated and doesn’t require you to change any habits in how you use your device. An even easier alternative is to use the PC management suite for both iPhone and Android called Moborobo, that can be downloaded from Moborobo.com, it does all this for you on its own. The downside is getting a relatively heavy app needlessly installed on your PC, as well as having to sync both your iPhone and Android device with it. If that isn’t a problem for you, the latter is definitely an easier alternative.

Did this method work for you? Do let us know in the comments below.