How To Supercharge Siri On iPhone – No Jailbreak Required [VIDEO]

Apple’s Siri voice assistant has been gradually improved by Apple in its two-and-a-bit year lifespan, but it’s fair to say that there’s plenty of scope for further enhancements. At present, Siri is very one-dimensional, and can only perform tasks or actions based upon a limited field as predetermined by Apple. We expect this to change at some point in the future, but if you don’t wish to wait for the Cupertino to broaden Siri’s horizons, then you might be interested in GoogolPlex, the brainchild of four University of Pennsylvania students that does exactly that.

In a nutshell, GoogolPlex cranks Siri up a few notches by intercepting commands, re-routing them via the platform created by the students, and allowing the personal assistant to take on new capabilities and actions. As you might imagine, this added step does add a little time between command and action, but given how the GoogolPlex-ified version of Siri can, say, change Spotify songs or adjust the temperature of your Nest thermostat or turn on the Philips Hue lights, we think the extra couple of seconds is more than worth the wait. 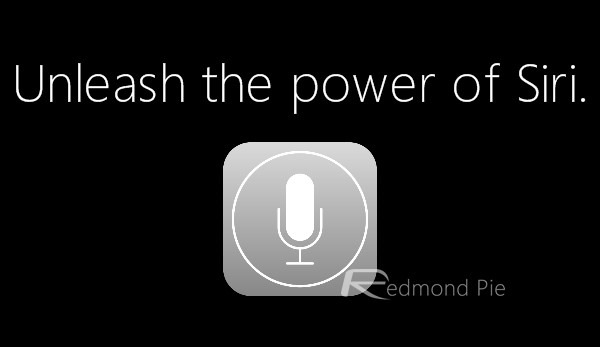 So, how is Siri intercepted? Well, all you need to do is tweak your device’s Wi-Fi proxy settings, and after that, GoogolPlex can intercept Siri’s data and the rejuvenated voice assistant is open to learning new stuff. Devised by students Alex Sands, Ajay Patel, Ben Hsu and Gagan Gupta, this isn’t the first hack / trick that has attempted this kind of technique, but the generally seamless, hassle-free manner of operation renders it the best jailbreak-free Siri-enhancer we’ve seen to date.

Here are the instructions on how to set it up: 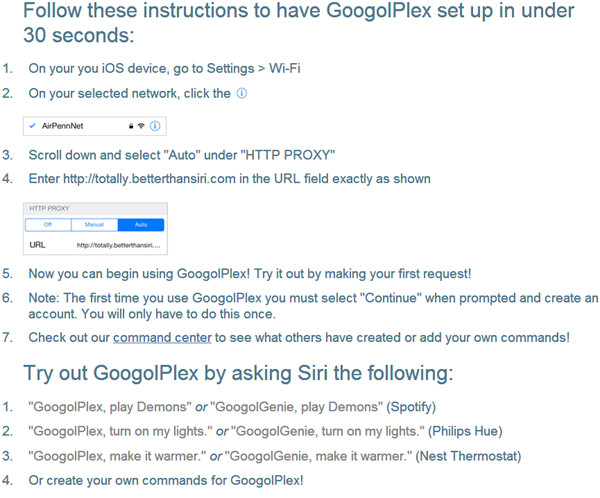 In case you were worried about privacy and whatnot, you’ll be pleased to learn that none of your commands are stored through GoogolPlex, and even though the infrastructure does, as aforementioned, slow Siri down a little, it’s small opportunity cost to the wealth of new commands you’ll be able to enjoy as a result.

And hey, if you have the nous in coding, you can join in and develop your own GoogolPlex commands. To get started, you’ll need to point your browser over to betterthansiri.com, and below, you’ll also find a promotional video pieced together by the students of GoogolPlex in action.