Apple may have brought some animated wallpapers to the iPhone thanks to last year’s iOS 7 update, but that doesn’t mean that owners of the popular smartphone can just go setting things as their home or lock screen wallpapers willy-nilly. Apple still tightly controls what people can make their iPhones and iPads look like, and while the unannounced iOS 8 may signal a relaxing of such restrictions, the best way to untether your iOS device from Jonny Ive is still to jailbreak it.

Which brings us back to those wallpapers. Plenty of people, and usually those jailbreaking actually, like to give their iPhones and iPads something of a personal touch. While some of us may be happy to just have a photo of our dog on our lock screens, others want to be able to customize everything to the Nth degree, with wallpapers often the least of their worries. If you’ve ever wanted to have more control over your wallpapers though, and also have a hankering for something a little more animated than what Apple offers out of the box, then GIFPaper may well be something worth checking out. You’ll need to be jailbroken, but after that you just need a dollar to be able to take advantage of what this tweak as to offer. 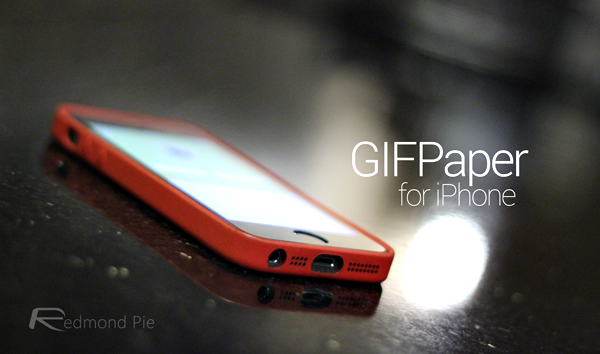 So what exactly does it offer?

Well, as that name really should have given away by now, GIFPaper lets anyone who installs it change their wallpapers to any animated GIF. Both the lock and home screens can be customized to use a GIF instead of a standard image, and that GIF can be chosen by either selecting one in the app’s settings by providing a URL, or by tapping and holding on an animated GIF in Safari and then choosing the ‘Set wallpaper’ option. It really is that simple. 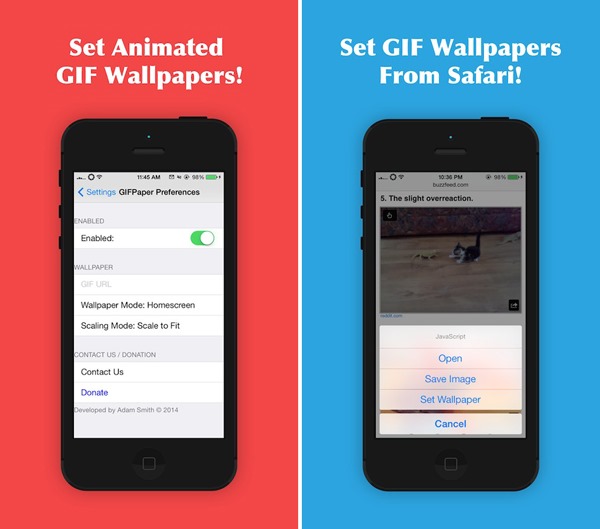 The tweak’s developer does promise more options are in the works, but for just $1 we don’t see what’s not to like about GIFPaper as it stands. If you’ve got some awesome GIFs that are just begging to be turned into wallpapers, now’s the time to find a spare dollar and get your hands on GIFPaper via Cydia. 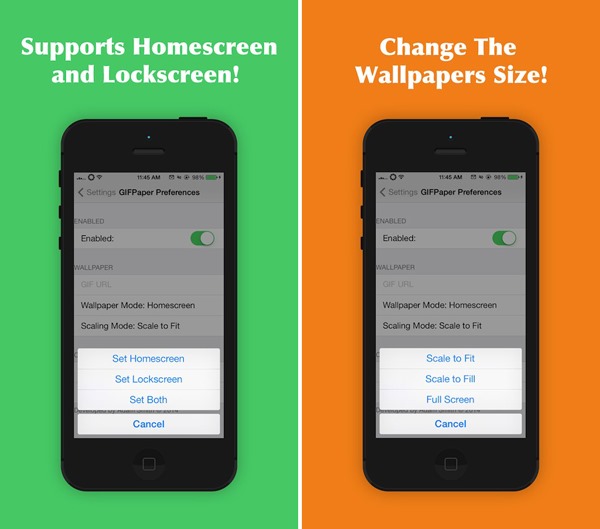