Opinions are clearly divided on the need to have applications like the new Facebook Poke offering hanging around the iOS App Store, but regardless of individual opinion on the topic it would seem that users seem to enjoy having the ability to send short messages with attached media to friends that then later self-destructs into oblivion. Although the core functionality of the app is to send these types of messages that do disappear a few seconds after being viewed, it is entirely possible to permanently save whatever the sender has sent to your devices.

Rather than just taking a screenshot of the attached media, it is possible to investigate the internal directory of the installed application on the device and pull out whatever media you want before it is actually viewed and subsequently deleted. Follow the relatively simple steps below to get up and running with saving data from within Facebook Poke (or Snapchat).

Step 1: First of all you will need to download some third-party file managing software to get access to the iPhone directory. The iExplorer manager from Macroplant is a great free option, as is the iFunBox software. 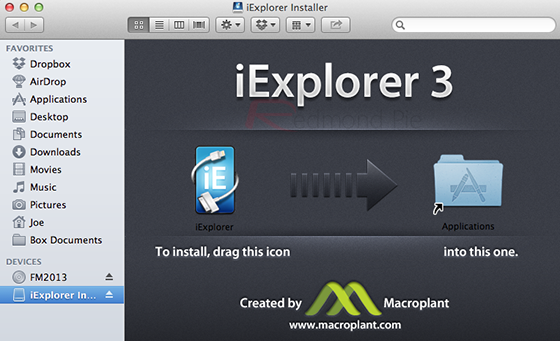 Step 2: Install the chosen file manager and connect the iPhone or iPod touch to the computer using the standard connection cable provided with the device. Run the downloaded software.

Step 3: A list of all installed applications should now be presented within the software. Select the Facebook Poke or Snapchat application. 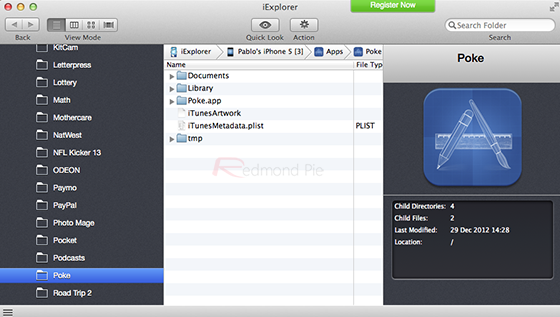 Step 4: For Facebook Poke, navigate to the following folder: Library>Caches>FBStore>315_14_>MediaCache. Every received entry that hasn’t been watched or viewed will appear in the MediaCache folder. 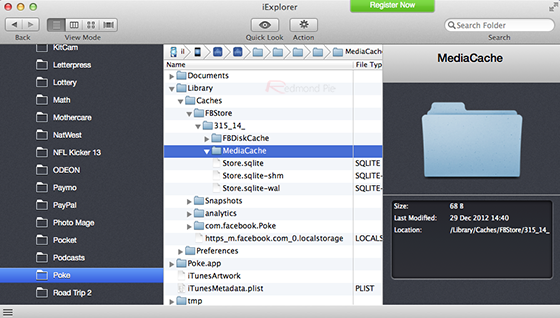 Snapchat’s media can be found in “tmp” folder.

Step 5: Copy and paste or drag the unwatched movies or un-viewed image to a local directory on the computer for permanent storage.

It is worth noting that the sending user won’t have any knowledge that this process has ever taken place. After following the above steps to permanently save the sent media, the user is then free to watch the video or look at the attached image from within the application to allow it to self-destruct. The sending user will then assume that everything has followed the standard procedure.

UPDATE 1: Facebook is aware of this and will be issuing a fix soon.