Despite maintaining its place as the world’s favorite social network, the title hasn’t exemplified Facebook from bearing the brunt of the complaints of the day-to-day e-socialite. The official Facebook app is often subject to a public flogging with each update – no matter which platform said update has been released on – and with Mark Zuckerberg’s sociable service frequently forcing major changes upon fickle consumers, it’s unsurprising that many of the newer features are not to everybody’s liking.

No sooner do users become accustomed to one major overhaul “for the greater good,” does the ballpark seem to change once again, and if you’re an Android user, you may have grown dismayed to discover that as well as the standard Facebook app, you’re now also treated to the Facebook Messenger app and the Facebook Camera app. 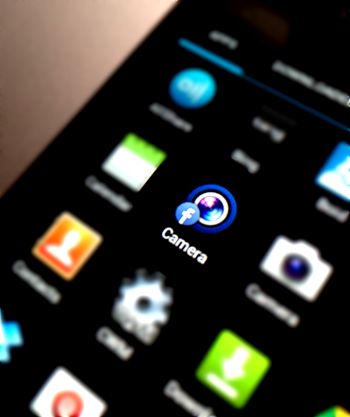 While the treble act, one suspects, could be incorporated into the same app, Facebook doesn’t really seem to know whether a separate entity for each function is appropriate or not, so in the meantime, users have been somewhat burdened with three different apps. Although the Facebook chat app is not to everyone’s taste, the general critique holds it in higher regard than the Facebook Camera app, which, according to the general consensus, is a complete waste of time.

For those not so thrilled by Facebook’s apparent dictatorship, help is at hand, and as is frequently the case, the help arrives courtesy of the folk over at XDA Developers. Senior forum member machx0r has created the most minor of applications in FacebookIconRemover, which will banish those Facebook Messenger and Facebook Camera app icons from your app drawer. Before you crack open the champagne, the app will still remain on your device, but, out of sight often equates to out of mind, and as opposed to deleting the apps, FacebookIconRemover will simply hide them – leaving them locked away in a place where they cannot possibly annoy you. 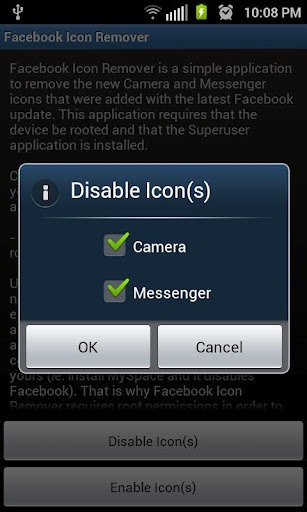 For those of you a little apprehensive about modding your device, you’ll be pleased to know that it’s a Google Play app, and as an added bonus, it’s absolutely free of charge! 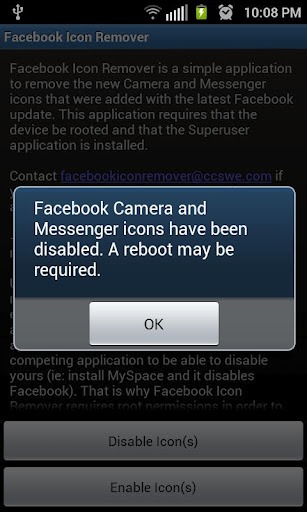