The Facebook app for Android has – like that of other mobile platforms – born the wrath of the critical army of mobile socialites at times.

Being the official app of the largest social network on earth, no fault goes unnoticed, and a significant bug can quickly alienate fans in their droves.  Although Mark Zuckerberg’s network hasn’t had trouble increasing its users base exponentially over the years, perfecting its mobile apps to a level satisfactory to its 800 million or so users has proven to be a lot tougher.

The latest update for Google’s Android platform is currently being pushed, and offers the usual array of bug fixes and performance enhancements. Most interestingly, there’s now a direct shortcut to the  Facebook Messenger chat app and Camera sharing from the home screen.

Having only just acquired Instagram for a cool billion dollars, Facebook’s emphasis on photo sharing has more than been underlined, and the Camera sharing feature allows users to skip straight to the photo sharing tools within the Facebook app. 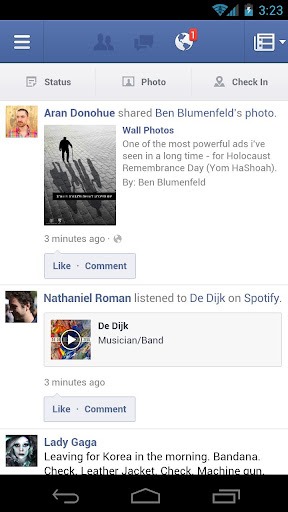 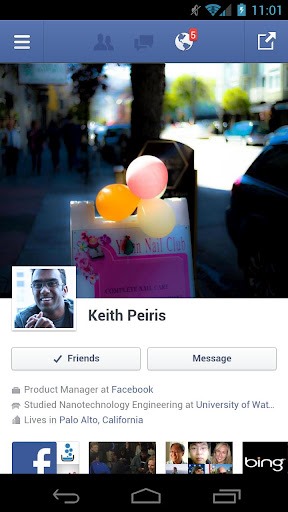 The implementation of the Messenger icon onto the home screen is also of significance, since it has been updated to a level whereby you can now probably do away with the standalone app. It was a strange decision on Facebook’s part to launch a separate app for IM, but with this latest improvement to the chat capabilities of the proper app, one suspects Facebook Messenger’s solo reign with be phased out in the not-so-distant future.

More than just the ability to make small talk, one can now check online status, arrange contacts in a more suitable fashion, and the group conversation feature has also been tweaked. 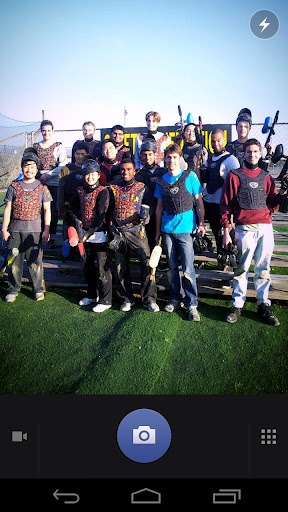 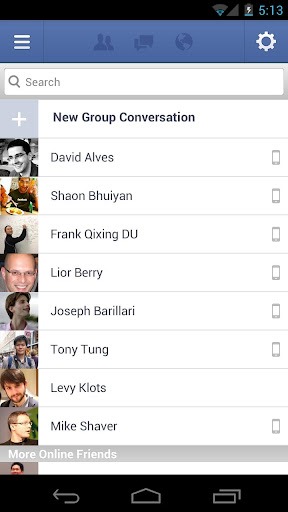 Notifications have been improved in that they’re faster, while those partial to the plethora of games and apps available will be pleased to know that area has also been finely tuned.

Let’s just hope there isn’t the usual accompaniment of bugs crippling the experience.

Download it, give it a whirl, and let us know if it improves your social experience by leaving a comment via the usual mediums below.