Self-destructible photo messages are nothing new. After all, Snapchat set the ball rolling and then the likes of Facebook and Instagram jumped on for good measure. If you need your photos to go bye-bye automatically, then you’re not exactly short of options right now.

So having said all that… here’s another. It’s called Phantom and has been around for a little while already.

Phantom is slightly different to the existing options out there though, because it is aimed at people that want to share images that self-destruct online, such as social networks, forums or blogs. 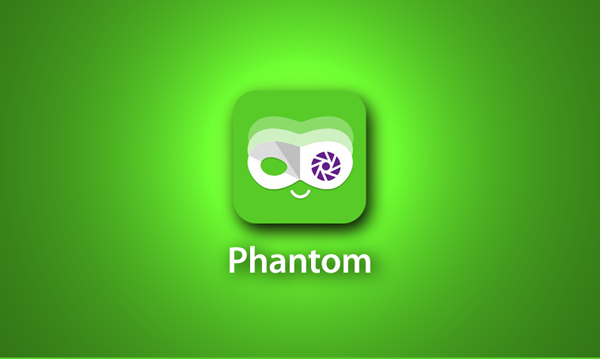 Taking a photo works in the same way though. Using the iOS or Android app, users take a photo or choose one from their library just like the competition, but at this point you have to decide how long you want the image to be available and, interestingly, how many people you want to see it. It’s this option that makes Phantom different to all the rest of the ephemeral picture messaging apps, and a feature that Phantom really should be making most of.

The downside of Phantom? While you can post a link to a picture anywhere, the person viewing it will need to do so on a smartphone that has Phantom installed. The reason for that is simple: privacy. 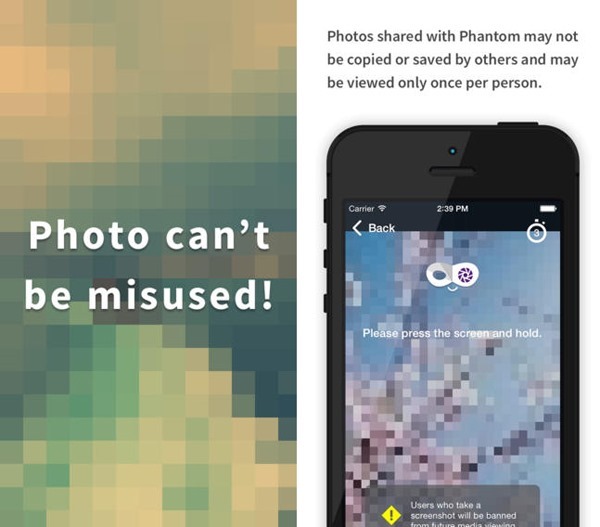 By making people use its own app to view messages, Phantom retains the control it needs to implement the self-destruction features we told you about earlier. Without forcing the use of its own app, Phantom couldn’t stop people from simply taking screenshots of the image they’re looking at. As things are now, the app disables screenshots on Android and actively bans users who take screenshots on iOS. Those with messages that have had screenshots taken will be notified of the breach, along with the name of the person responsible. Sneaky, indeed. 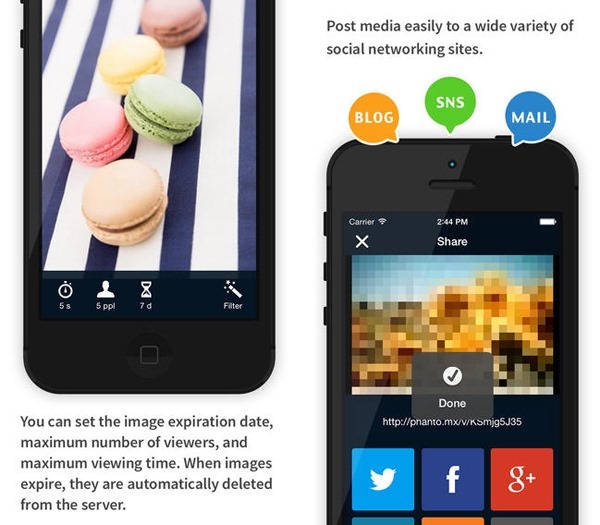 Phantom may not be the last word in ephemeral picture messaging, but it’s another option for those that need it.

Phantom is free and can be downloaded from the App Store or Google Play Store right now.