How To Play Blu-ray Movies On Windows 8 PCs

When the retail version of Windows 8 was released back in October last year, it brought a lot of improvements over all the earlier versions, despite the fact that a lot of people didn’t seem very happy with it. The new Modern UI, along with its ability to launch apps much faster, the improved copy/move dialog box, the new task manager with a plethora of new options, and the Charms bar, for instance, are just some examples to name, among many others. However, not all features (or lack thereof) could really be considered as improvements. I can understand the grudge that some people hold against Microsoft for taking away the Start menu to be a matter of personal preference, but some changes were downright limiting, the top of which turns out to be the operating system’s native inability to play DVD & Blu-ray discs.

A few weeks back, we brought to you a guide on how to play DVD movies and discs on Windows 8, whereby having a few real good options that were free, too. As it turns out, playing Blu-ray discs isn’t much different, either. Of course, the OS lacks this ability out of the box, but there are certain measures that you can take to make that happen. Some commercial tools are pretty powerful that allow you to do that, while other freeware, open source apps also exist that will do the same without making your pockets lighter. 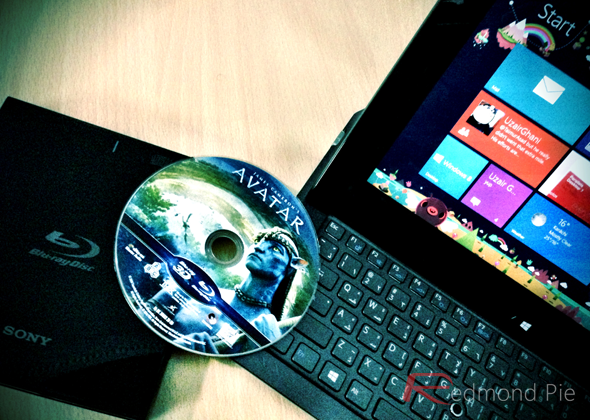 Before you move on to play Blu-ray discs on your Windows 8 machine, you also need to take into account the hardware limitations that you might come across. Foremost, you need to have a Blu-ray drive in your PC or notebook that will take care of the hardware part. Traditionally, laptops and desktop computers don’t ship with a Blu-ray drive (unless you go for a high-end purchase), so you’ll probably need a separate drive for that. Then comes the software part. 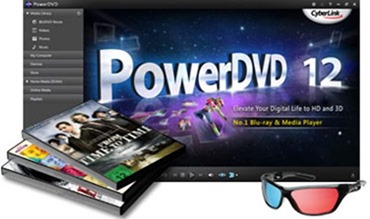 The software options include Cyberlink’s renowned PowerDVD, which will cost you something around $50 for a personal license. The application is powerful and capable, but is generally resource intensive and, well, commercial. For a free solution, you may try out VLC Media Player or Media Player Classic. Both are powerful, customizable and feature-laden (not to mention free), but may require some setting up. Nevertheless, you have a capable free alternative. It’s worth keeping in mind that VLC will only with unencrypted Blu-ray discs only. Whereas Media Player Classic requires a little bit of setting up before the rubber meets the road, which includes downloading the correct codecs etc.

Last but not the least, Nero 12 is also a good option to fulfill your Blu-ray playback needs. It’s extremely feature rich and offers users tons of options to choose from. But it will set you back $99, which is not easy on the wallet. But for the features it is offering, it is definitely worth the shot.

It should also be noted that if you bought a PC that came with Windows, it may include some media playback software (which we usually regard as bloatware) that you may also use. Furthermore, if you had to purchase a third-party external Blu-ray drive, it, too, would most like have come with a playback tool, so make sure you check out the accompanying media before you go for any such solution.

To wrap it up, the paid options listed above are the best if you want to play Blu-ray movies on your PC without any sort of hassle. If you’re the sort of user/geek who always get their way around obstacles, then you can simply give the free options a shot.